A group photo of 10 of the 12 UNL Meteorology students that went on the trip. 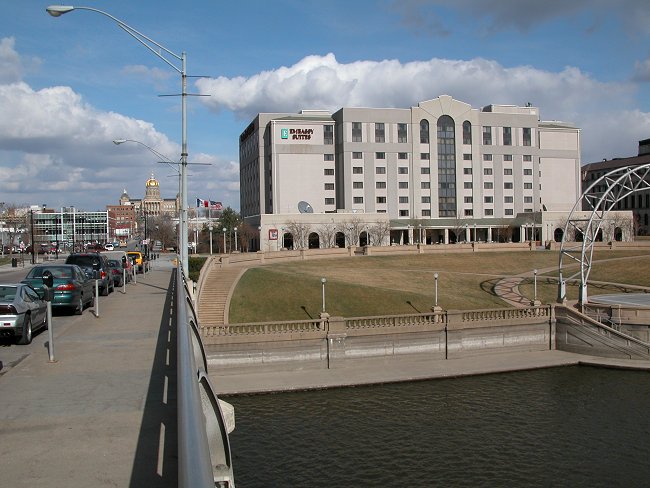 The meeting was held at the Embassy Suites Hotel on the Des Moines River in Des Moines, Iowa.
It was attended by 300 people with several large groups of students from such
universities such as Ball State, Valpariso University, California University of Pennsylvania;
Mankato State University and of course UNL. 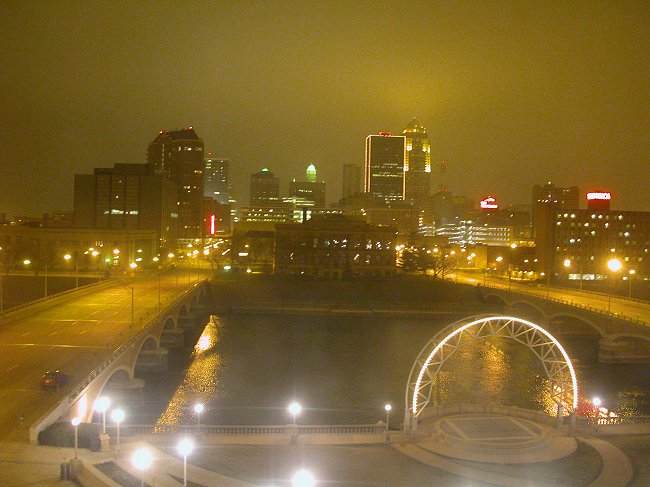 The view of the city of Des Moines on a foggy and misty night
(March 27, 2003) from the front of the conference hotel.

Some of the Illustrations shown in the presentations at the meeting.
All of the following digital images were photographed off the screen in the conference hall. 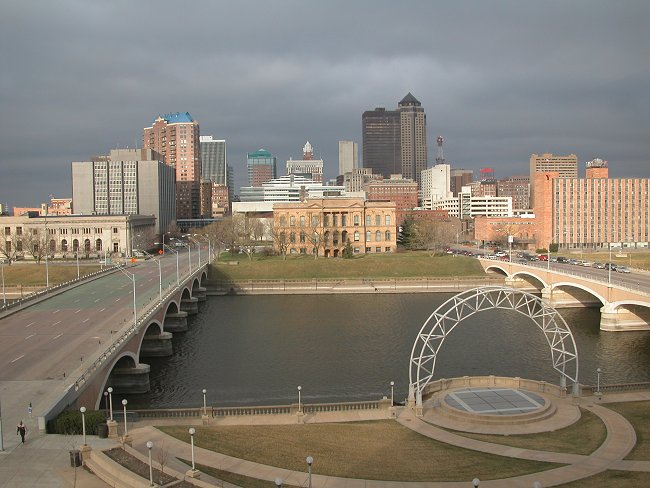 The view of the city of Des Moines on a March 29, 2003)
from the front of the conference hotel.
Photographs taken at the meeting. 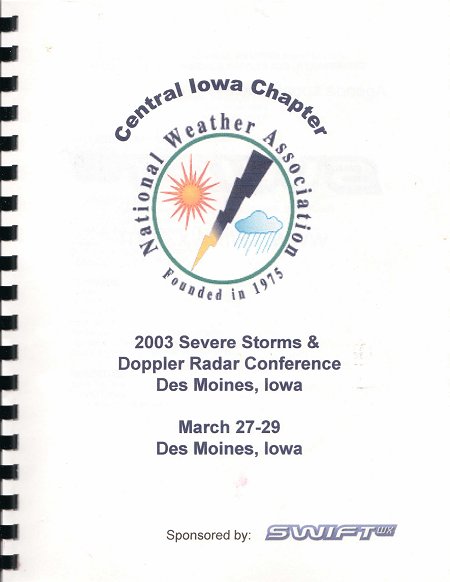