August 2006:
The Weather Channel Tours Nebraska
for a Program about our Drought

The photos are presented in the order of the filming across the state of Nebraska,
all photo Images© Ken Dewey, High Plains Regional Climate Center 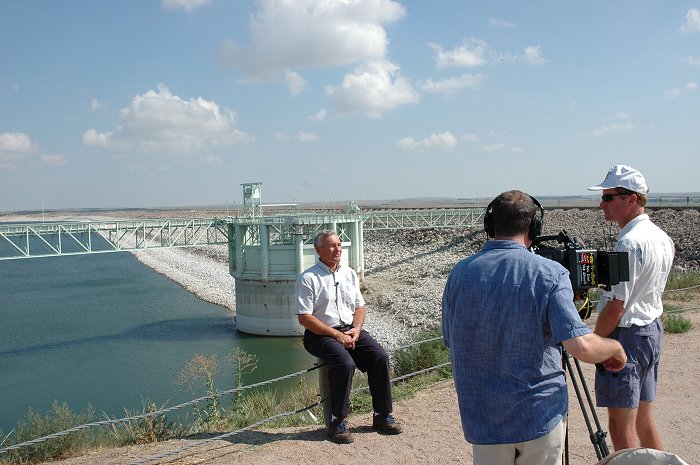 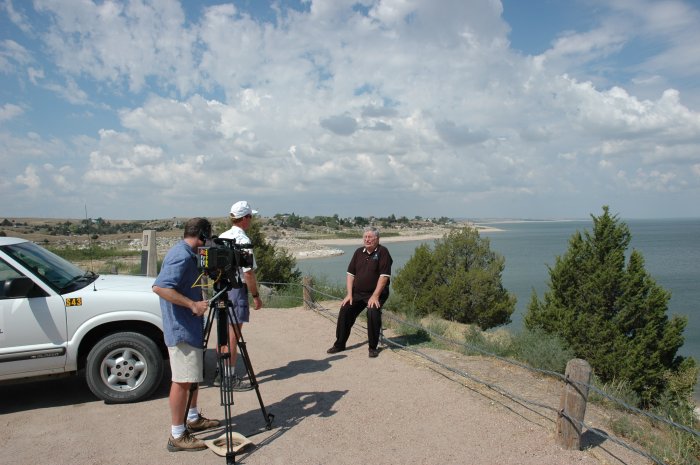 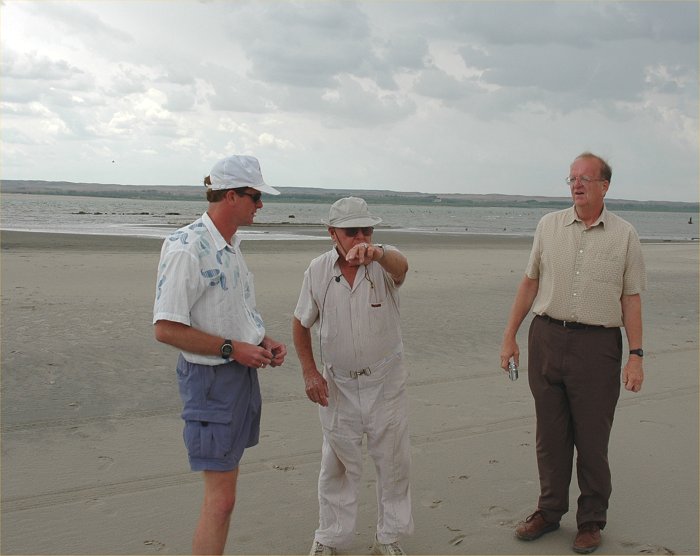 Monte Samuelson, a former resident of the "lost town of Lemoyne, Nebraska" takes Ken Dewey, High Plains Regional
Climate Center and Randy Flinders, Weather Channel producer on a tour of the "lost town of LeMoyne" which
has reimerged from underneath 60 feet of water due to the drought lowered level of Lake McConauaghy. 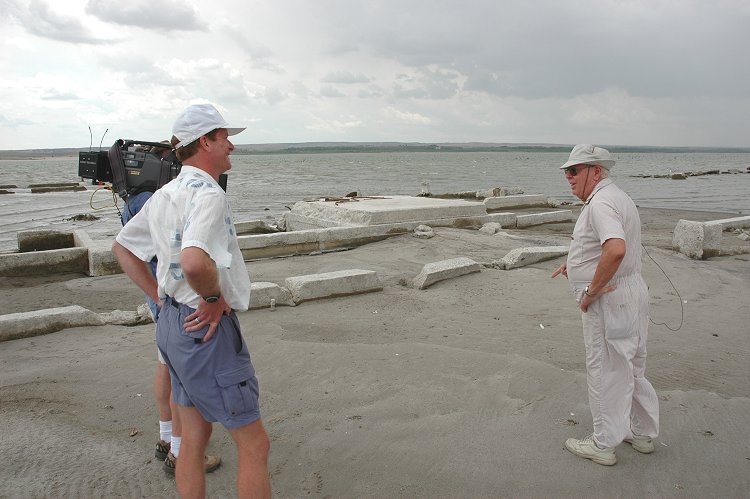 The cement slab in the distance is where the bank vault stood.  The foundation of a large
building can also be noted surrounding Monte. 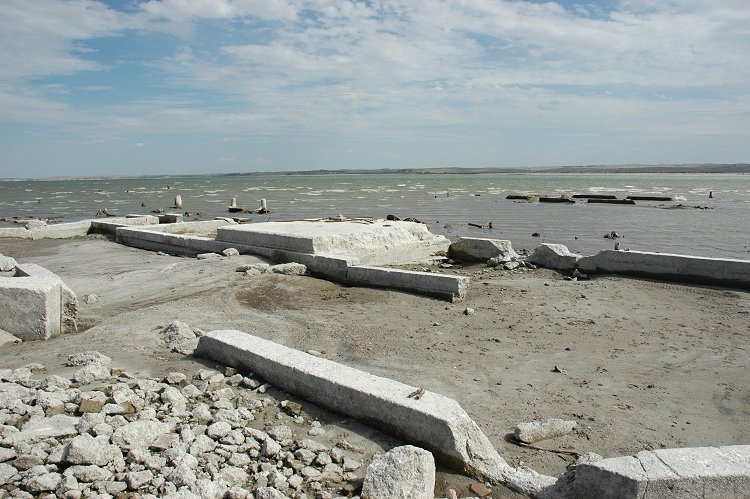 This is another view of the building foundations that have begun to appear as the water level drops to record levels in the lake. 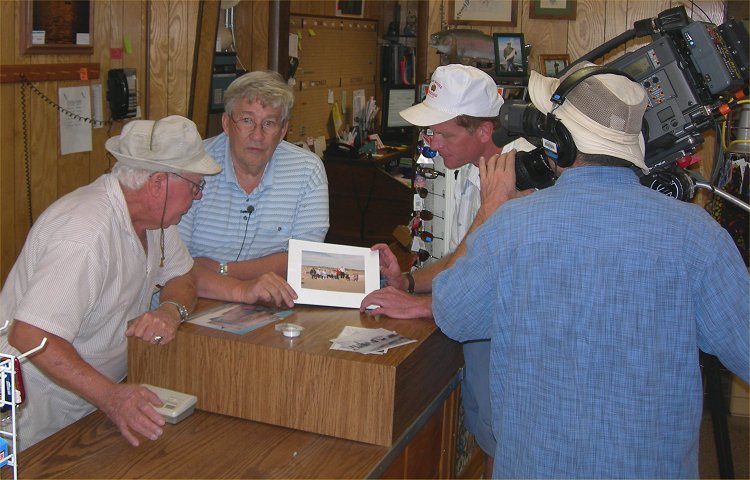 Left to right: Monte Samuelson and John Valentine show some historical photos of the town of Lemoyne before it
was abandoned and the buildings removed prior to Lake McConaughy being filled.  Both Monte and John lived
in the original town of Lemoyne. 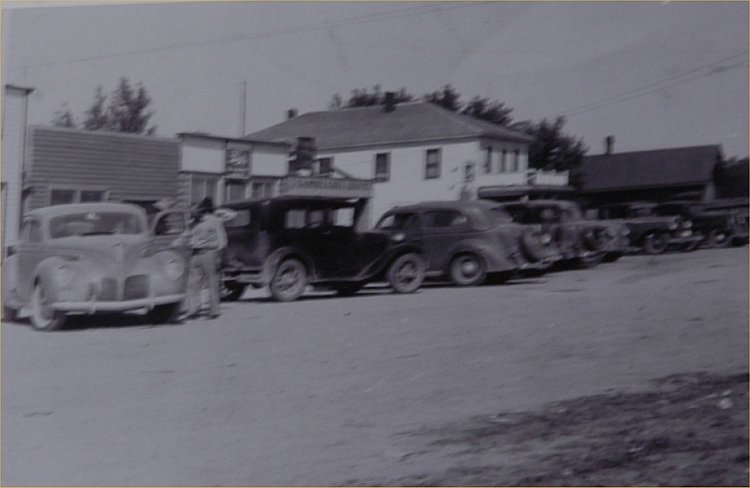 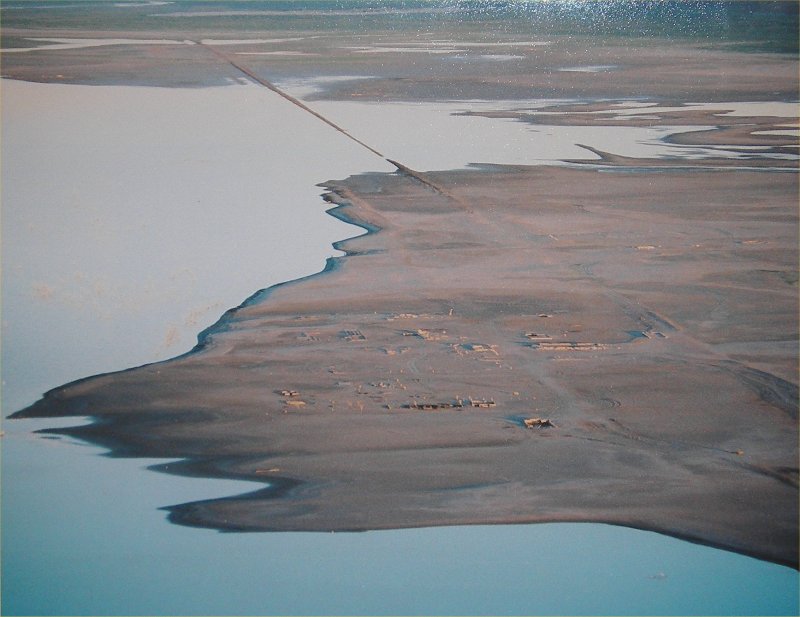 An aerial photograph showing the "Lost town of Lemoyne now that it has emerged from under the water.
The old rail line can be seen crossing the water in the upper center of the photo. 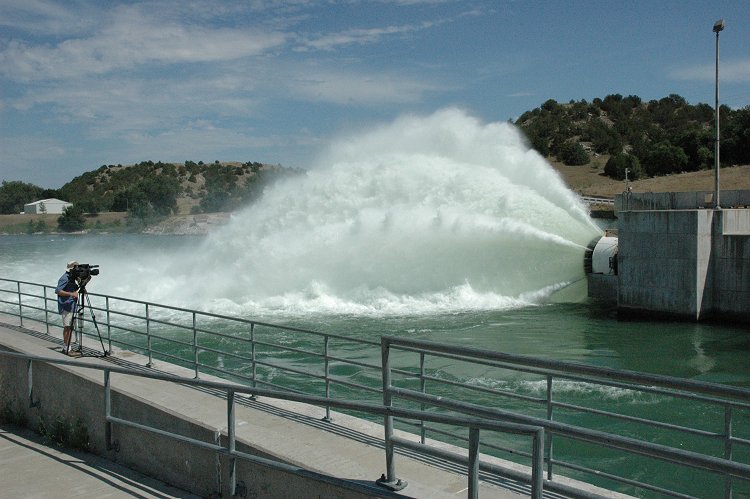 The Weather Channel films the outflow from Kingsley Dam.  Even during times of drought, water must be released
from Lake McConaughy to reach the canals and the irrigators. 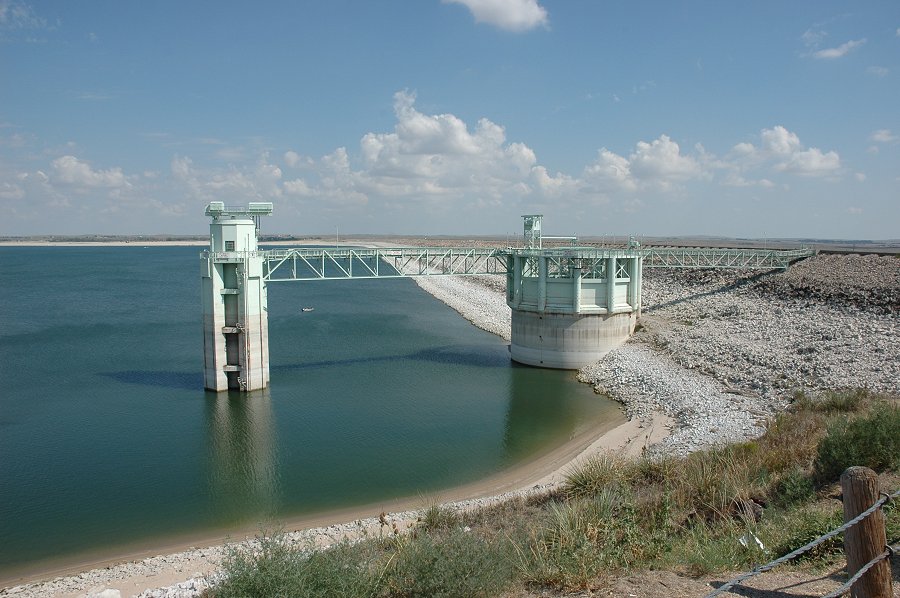 Kingsley Dam at Lake McConaughy.  The water level is normally at the top of the white ring on the side of the rocks on the dam. 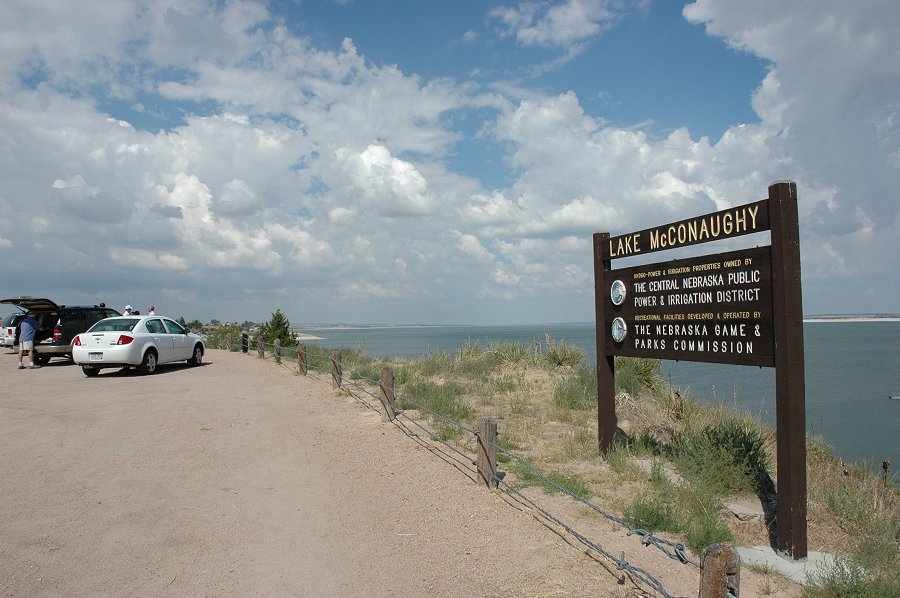 August 2, 2006 at Lake McConaughy with the Weather Channel Crew.

Click here for some data on the drought impact on Lake McConaughy as of August 2006.