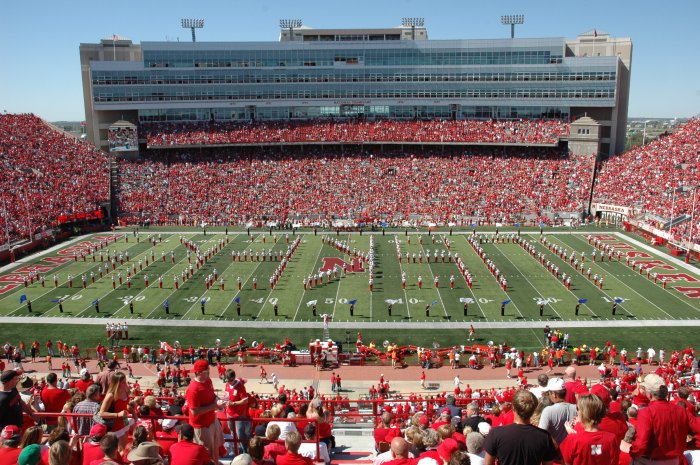 Looking straight West at the 50 Yard Line from the east stadium.
Note the marching band has spelled out "HUSKERS" for the west stadium. 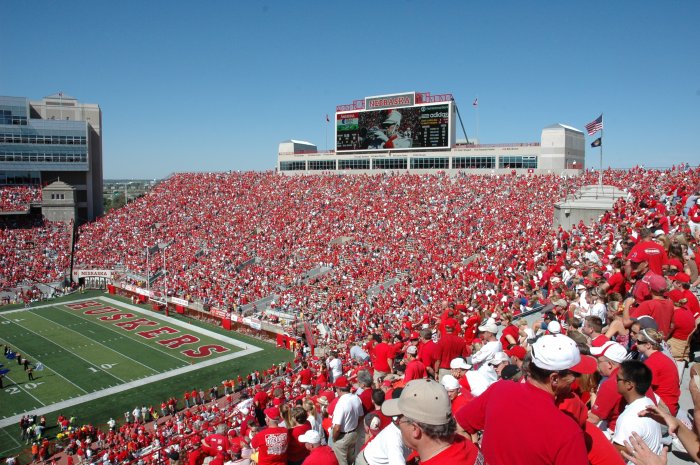 Looking Northwest from the east stadium. Note the new large screen TV in the end zone. 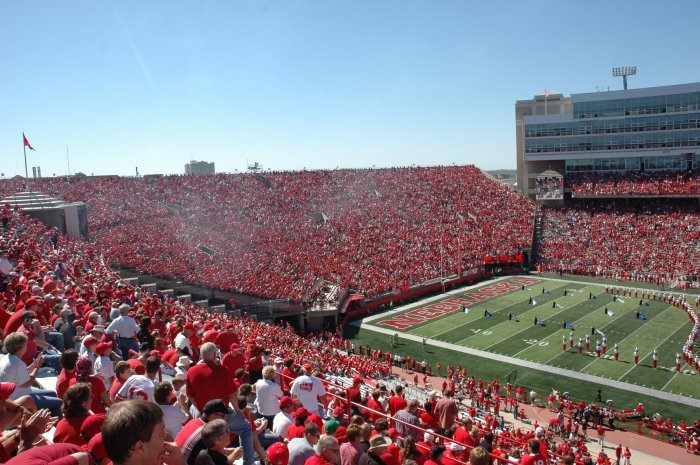 Looking Southwest from the 50 Yard Line from the east stadium. There is a little bit of glare
in the image due to pointing the camera directly into the sun. 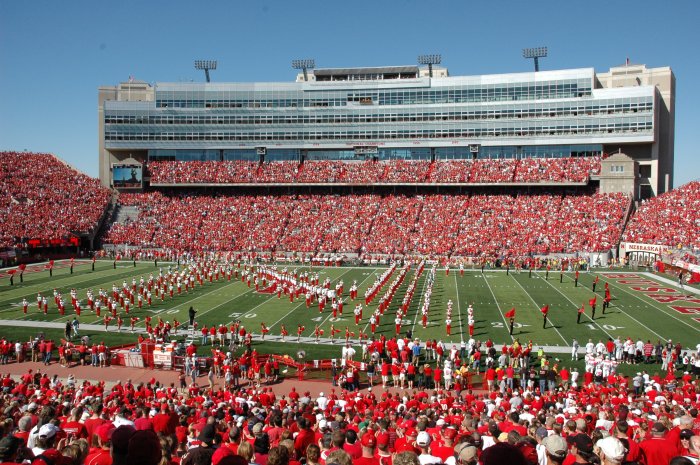 The Huskers enter the field, 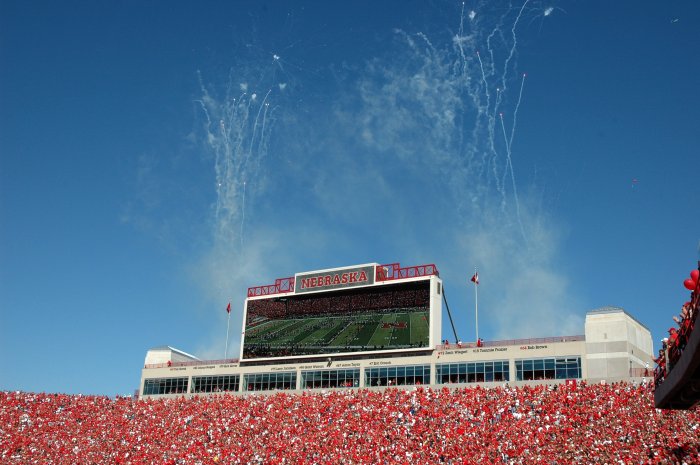 As the team enters the field, fireworks are set off just north of the north stadium. 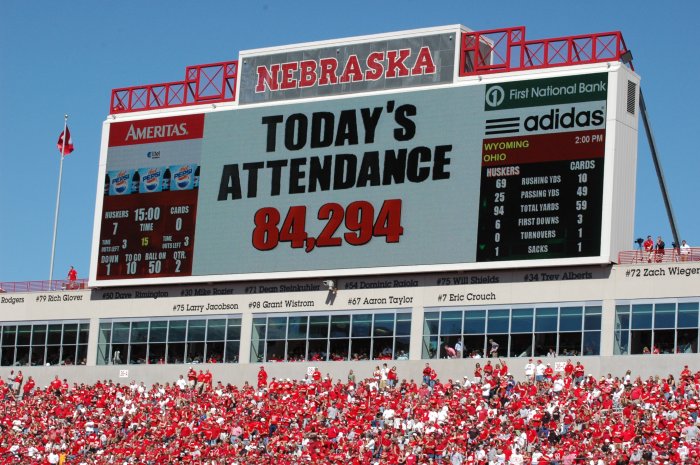 Another sell out.
In fact, it was the 285th consecutive sell out going all the way back to November 3, 1962, during
Bob Devaney's first season at Nebraska.  When the Cornhuskers play at home in Memorial Stadium,
the stadium holds more people than the third-largest city in Nebraska. They currently hold the national
record for the most consecutive sold out home games. 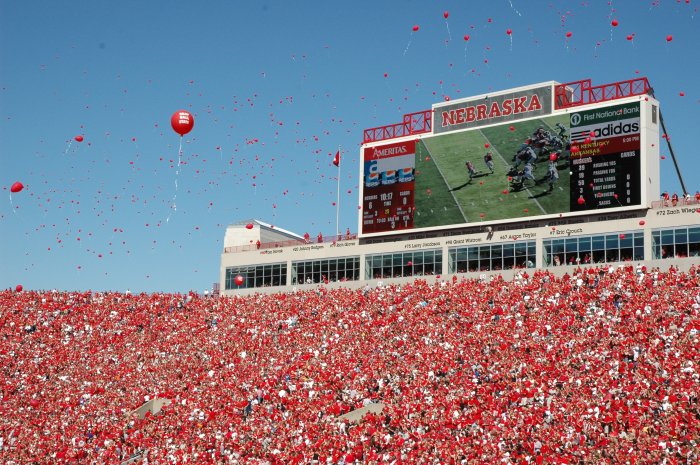 Balloons rise into the air following the first Husker score of the afternoon. 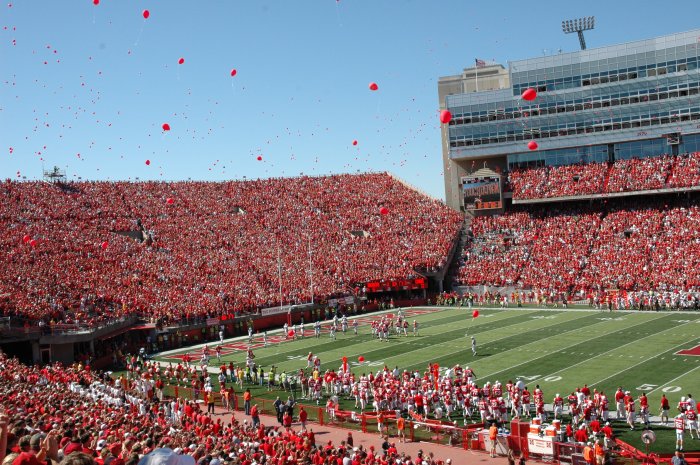 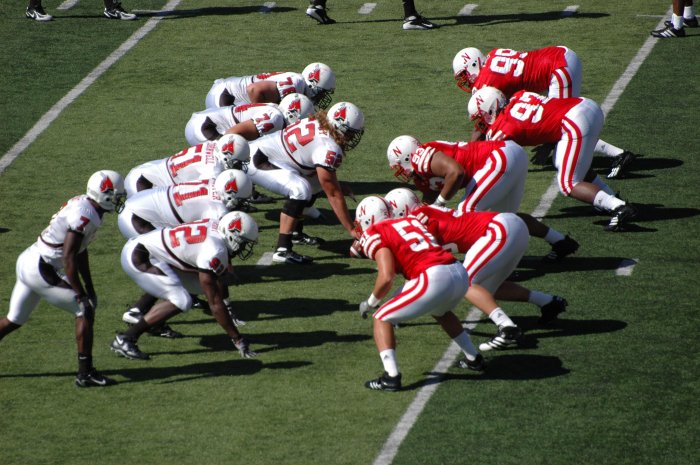 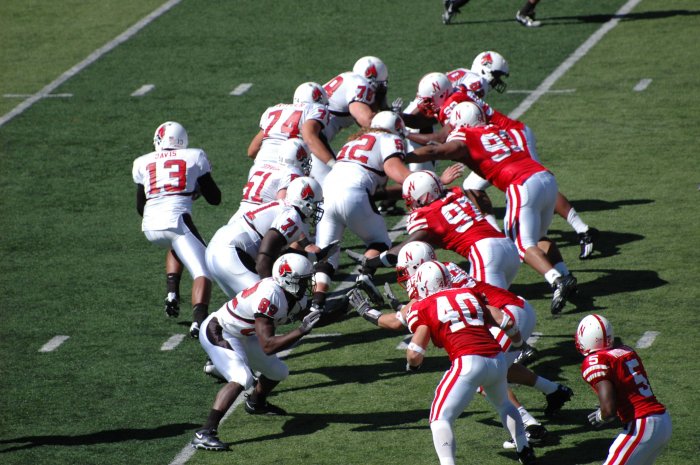 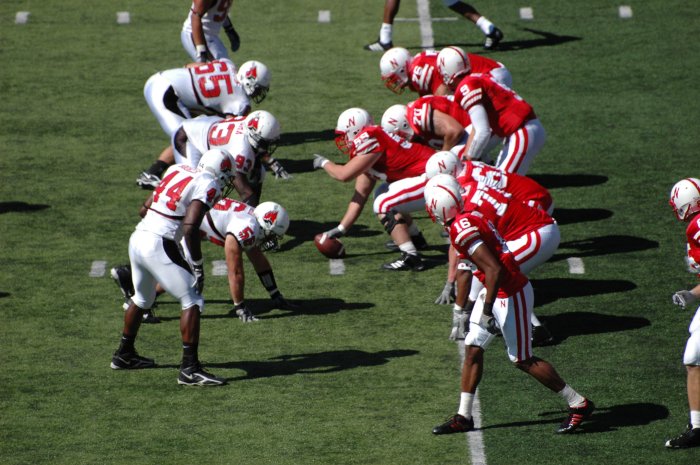 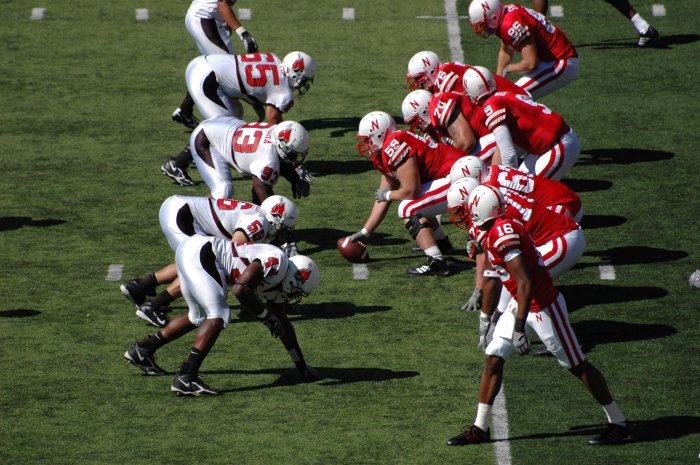 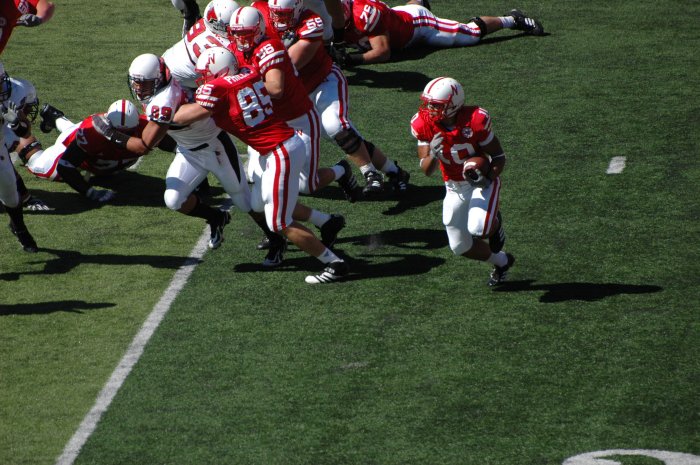 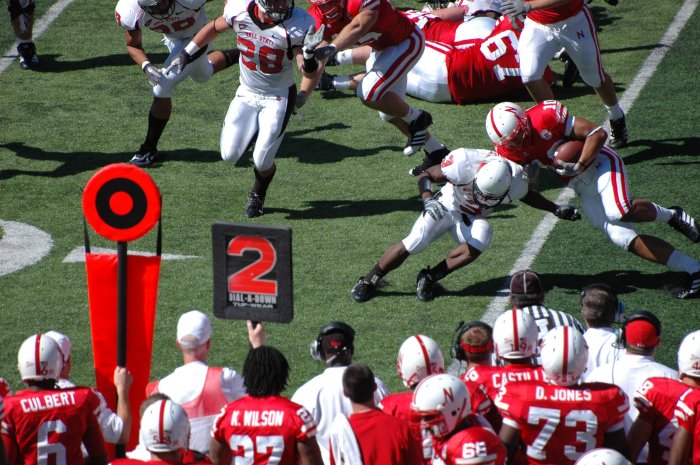 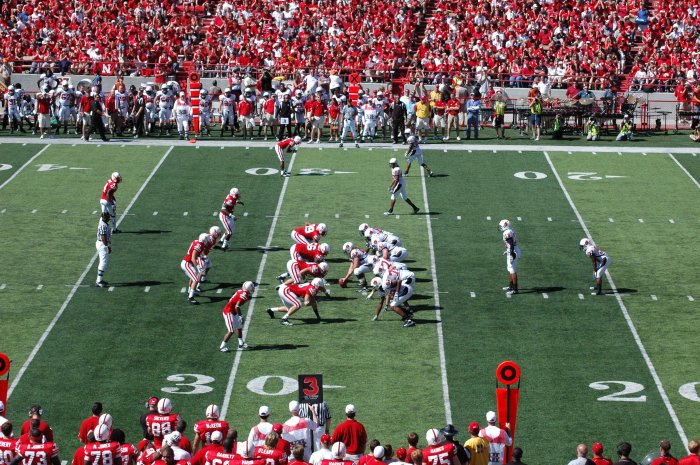 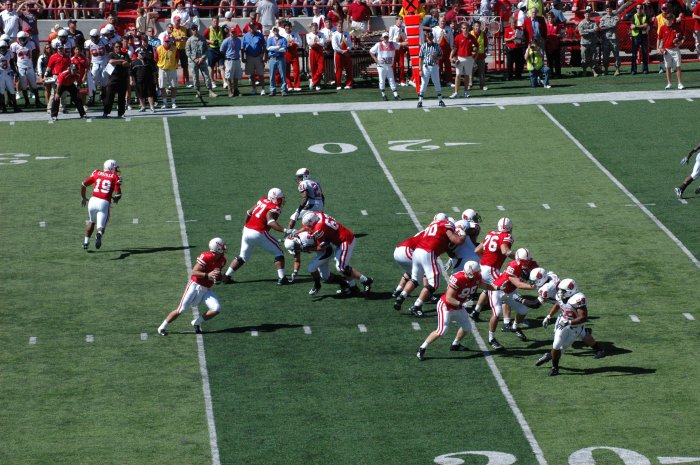 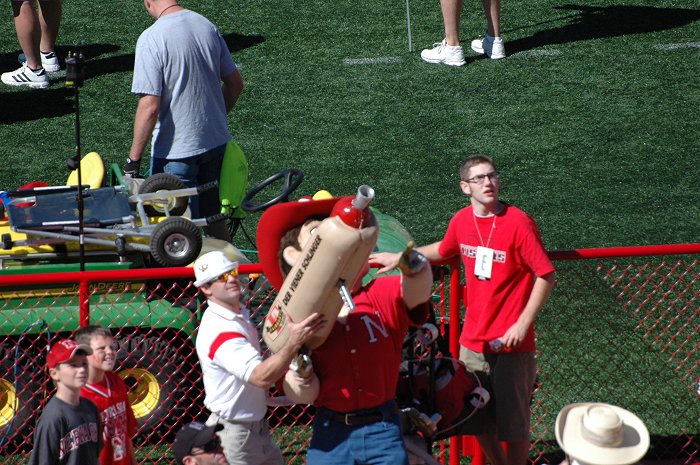 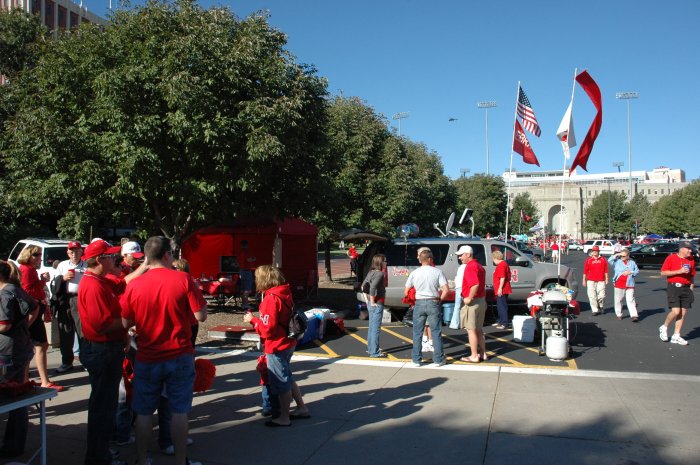 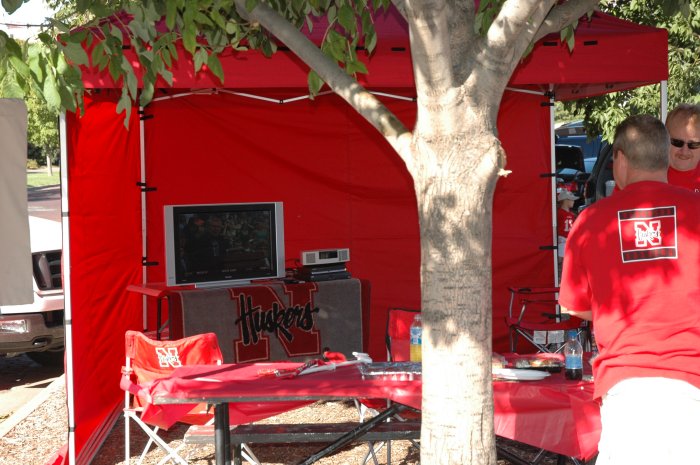 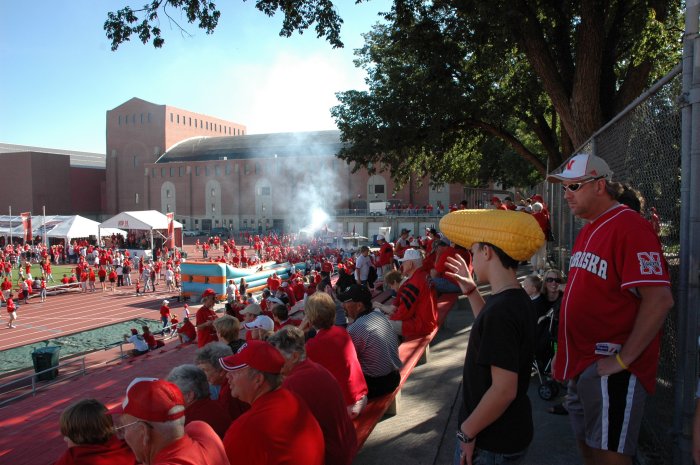 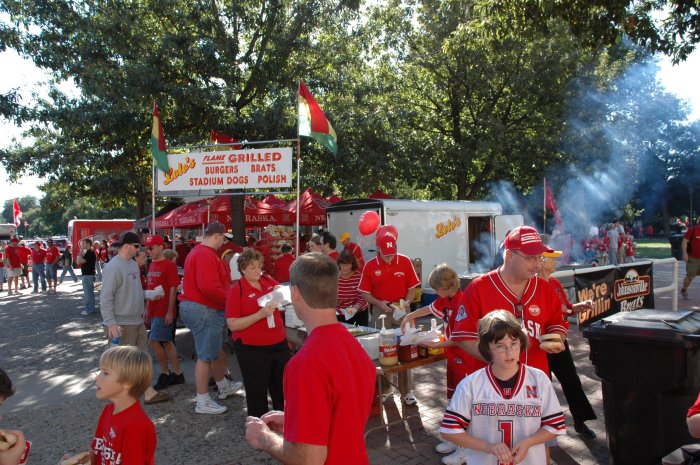 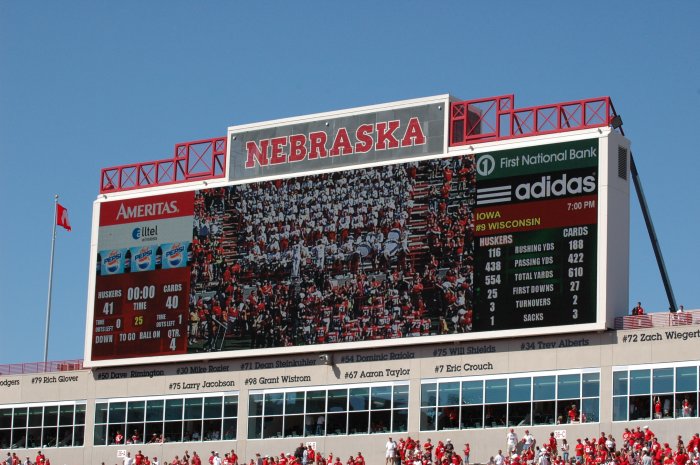