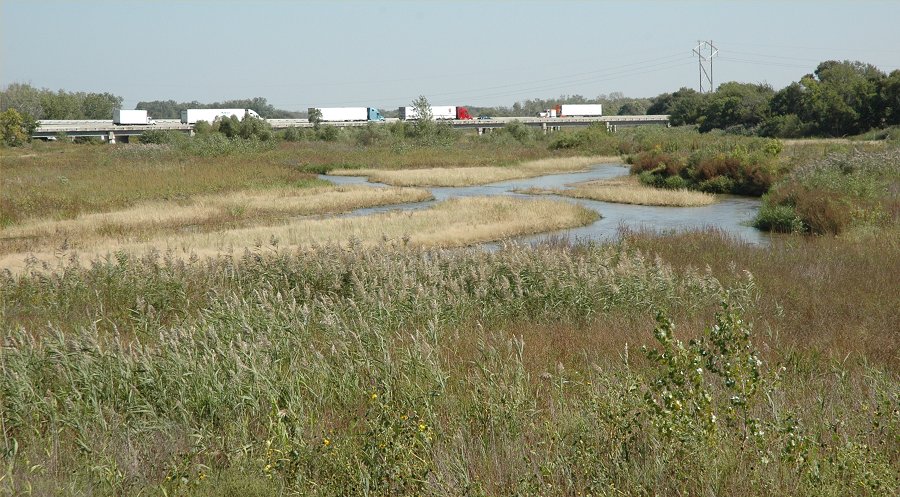 Looking north at the I-80 bridge over the Platte River.  When full. the river would fill the entire view.
Note the large amount of vegetation which has taken over the river bed due to low and non-existent flow during the past 4 years. 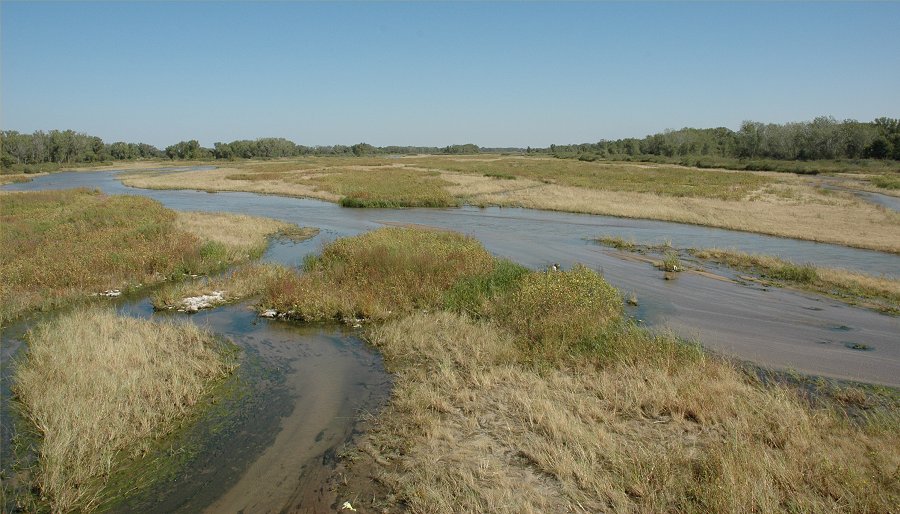 The Platte River, northeast of Grand Island.  This flow is about 90 cubic feet per second. 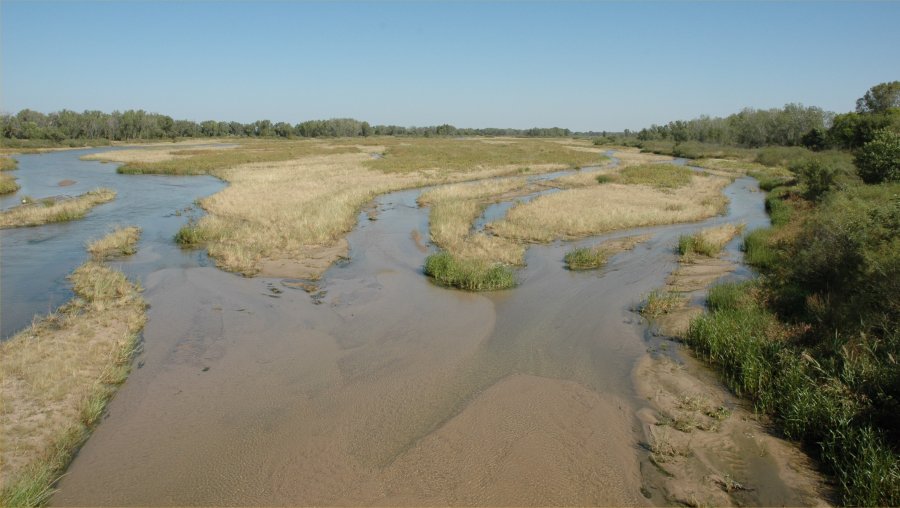 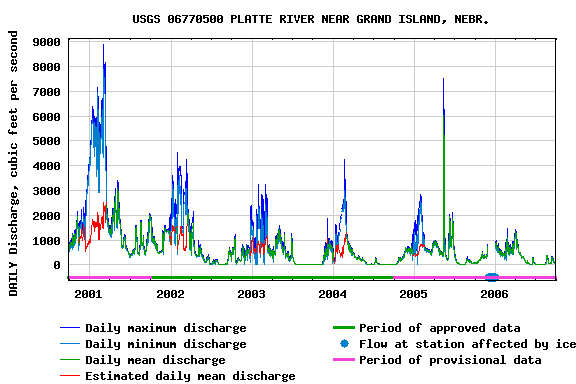 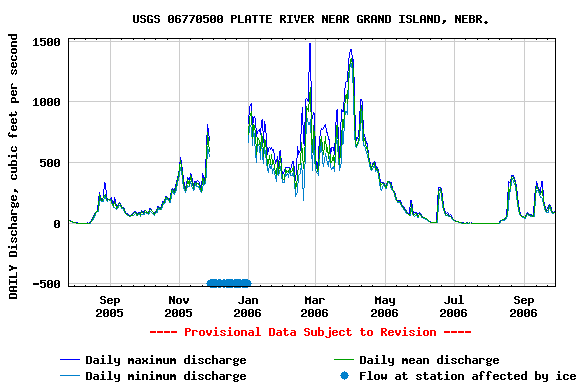 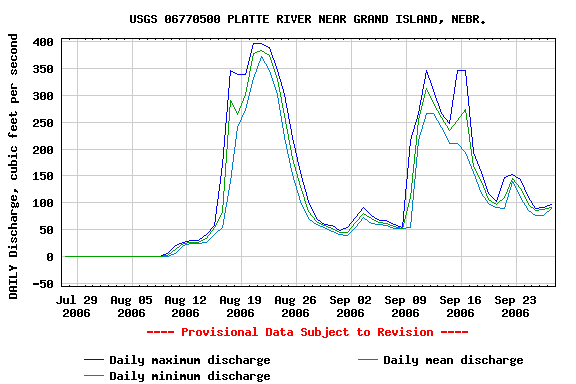