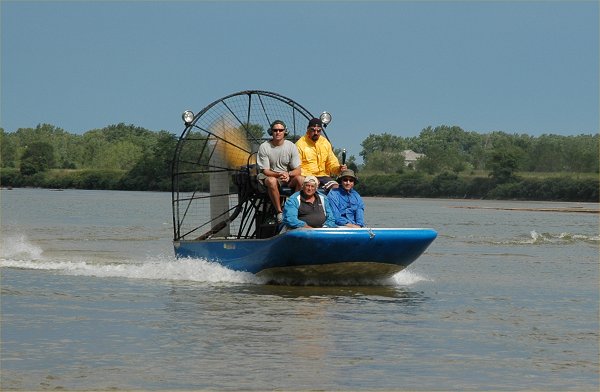 The airboats were provided by the Fremont, Nebraska Air boat club.

There were several stops along the way to observe wild life and various habitats of the Platte River. 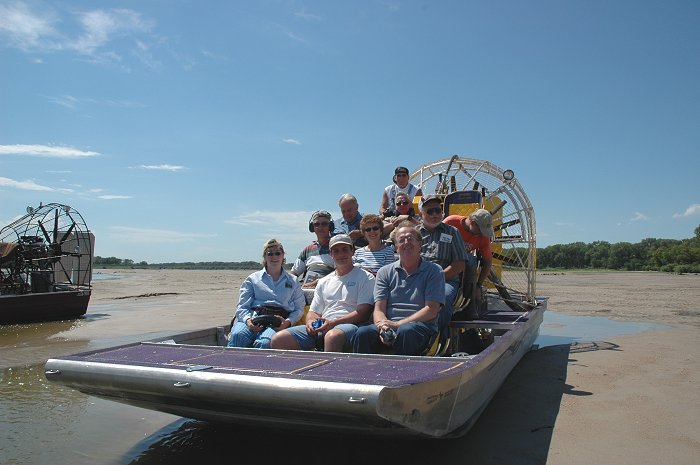 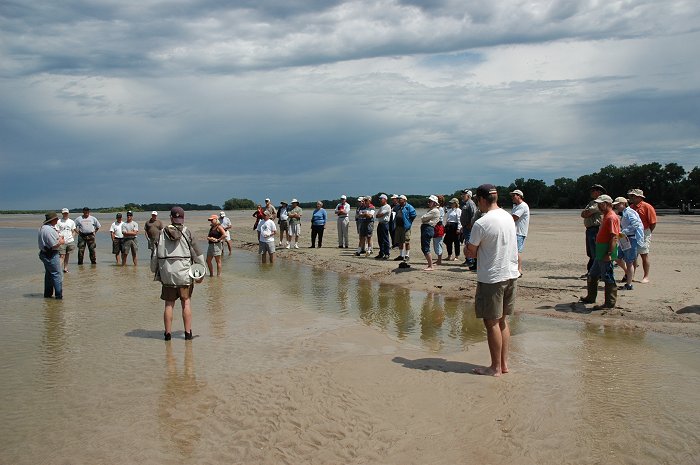 There were a series of presentation by experts on various issues affecting the Lower Platte Corridor.
Here, on the far left, is a conservation officer describing the activities of that agency as related to
the human interactions with the water bodies in Nebraska. 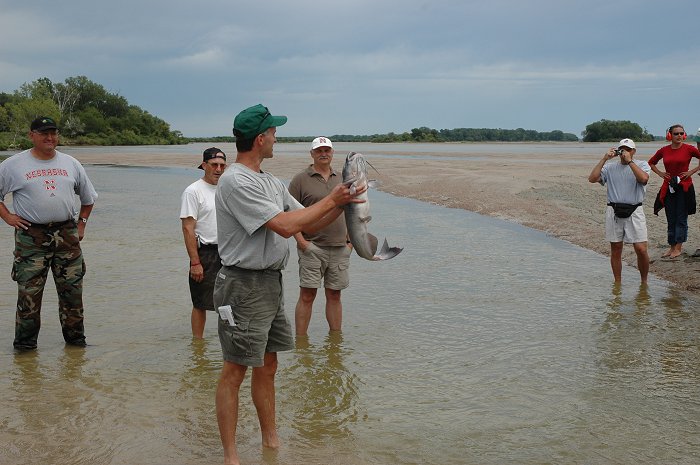 This catfish, held by one of the tour participants, was discovered stranded in a pool of water in the late
afternoon when the flow of the Plate River had dropped by 50%.  It was relocated into an active channel and
it then continued on its journey.  Drought and high temperatures can have a significant impact on the
fish population in Nebraska's lakes and rivers.