The tour started in Fremont and went to near Schuyler, Nebraska.

.
The flow along the Lower Platte ranged from 1200 cfs to 500 cfs (cubic feet per second) with the peak flow
early in the day and the lowest during the late afternoon.

Looking east from the Highway 77 bridge at Fremont, NE.  The river was at its lowest flow of the day at this time (5 PM).

Almost all of the water coming down the Lower Platte on this day was originating from the Loup River. 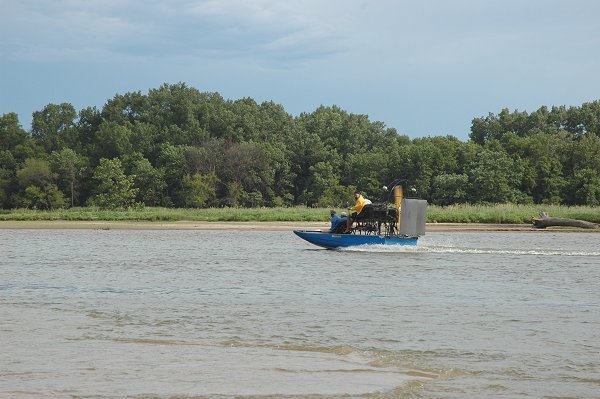 The flow is below normal again this year, however there was still an adequate amount of
water for the tour using air boats.