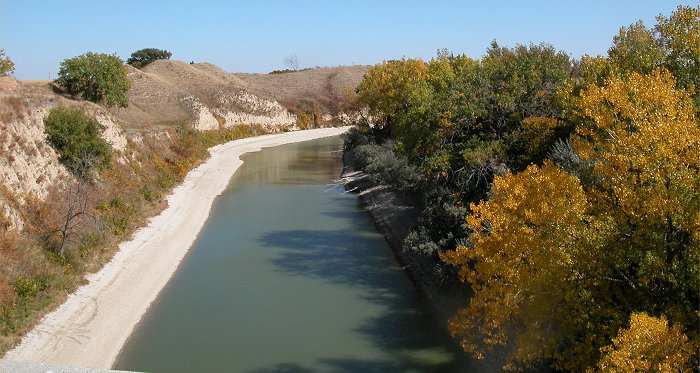 The Tri-County Canal is quite low in water just south of Lexington. 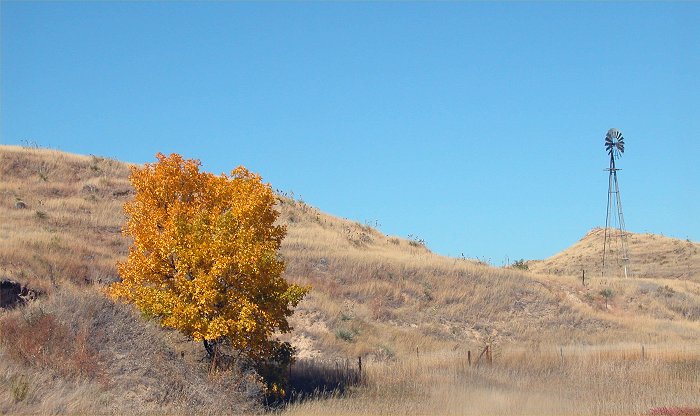 This drought stricken pasture land near Arapahoe is in stark contrast to the one golden tree. 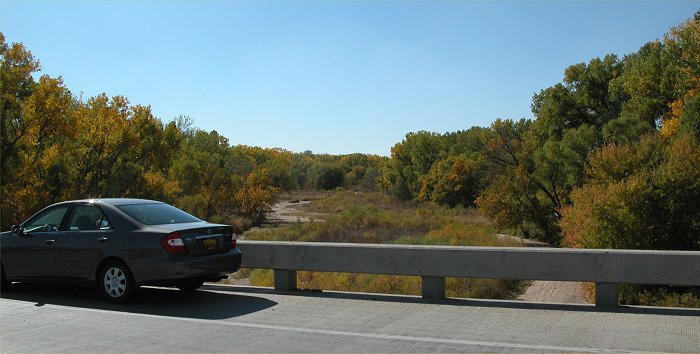 The Republican river, south of Arapahoe has been dry now for two years. 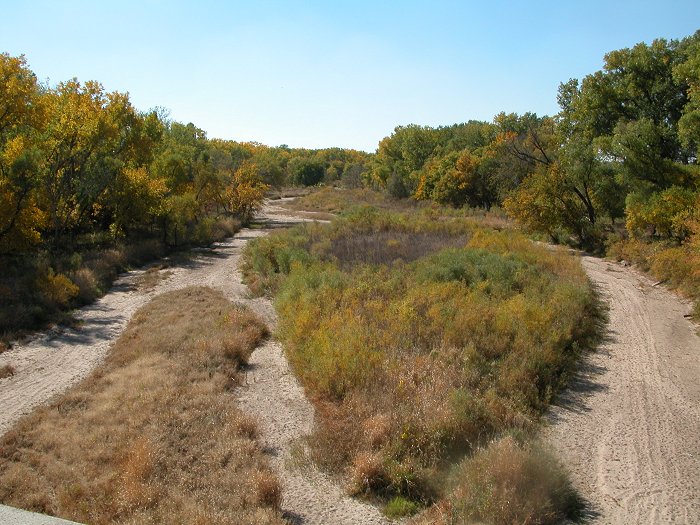 The Republican river bed, south of Arapahoe is now covered with grasses and small shrubs.

There was barely any hay to harvest in this field near Haigler, Nebraska
(far southwest Nebraska) 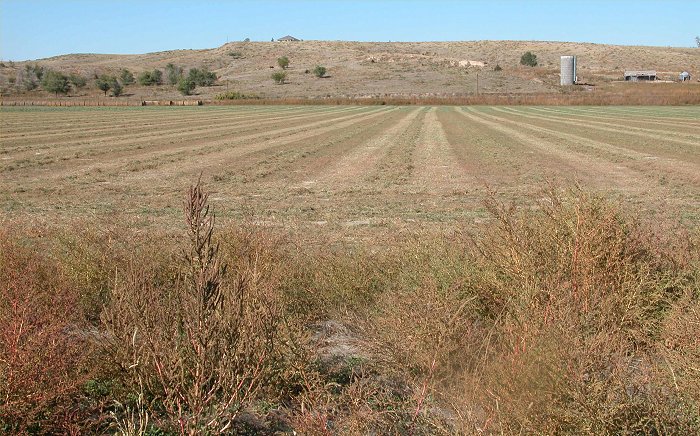 There was barely any hay to harvest in this field near Haigler, Nebraska
(far southwest Nebraska) 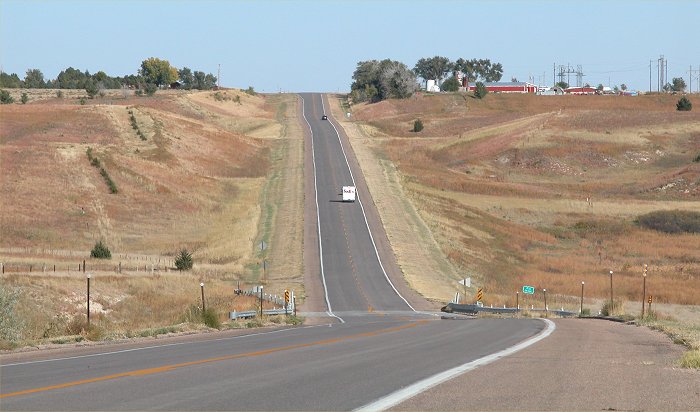 Except for the green of a few trees, this part of Nebraska (far southwest
Nebraska) appears quite parched. 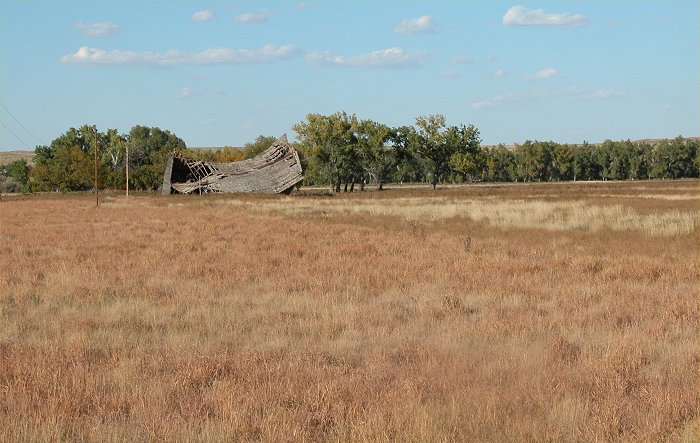 A similar scene of parched landscape in southwest Nebraska,
contrasting with the green of the trees.

A similar scene of parched landscape in southwest Nebraska,
contrasting with the green of the trees.

Photographed near the Colorado Nebraska border along U.S. Highway 6,
the landscape is parched and totally brown with the exception of a few green
trees in the distance.

Photographed in eastern Colorado Photographed along U.S. 6.  Note
the moon to the right of the highway looking east as the sun sets. 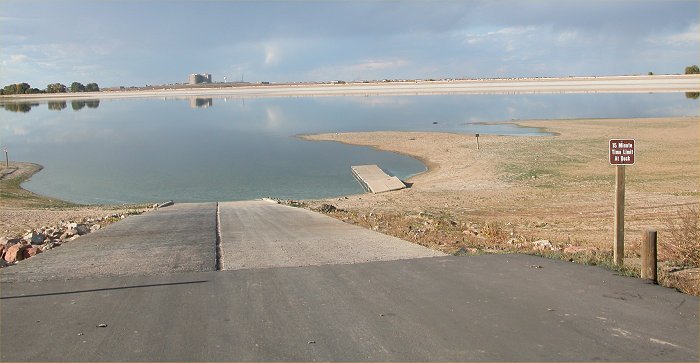 Barr Lake in  Colorado, just east of Denver is at less than 50% of capacity.

A closer view of the Colorado Front Range, near Boulder, CO, in mid-October. 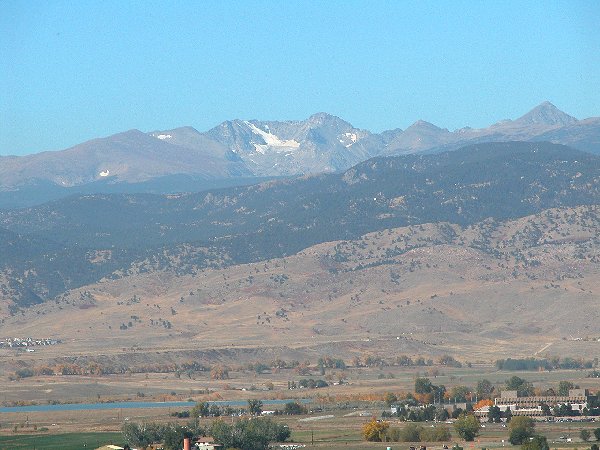 A closer view of the Colorado Front Range, near Boulder, CO, in mid-October.

A view of the pasture land in northeast Colorado (near the Nebraska border on I-76), in mid-October. 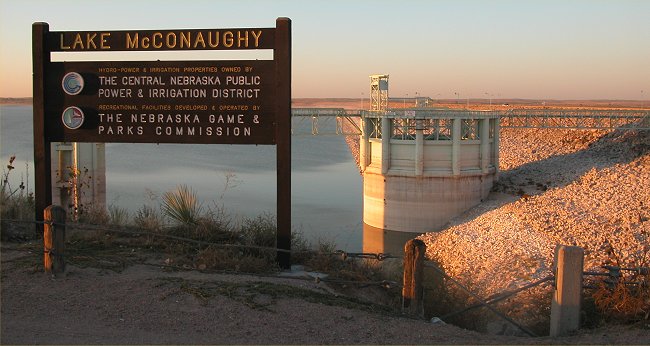 A view of the dam and water intake at Lake McConaughy. 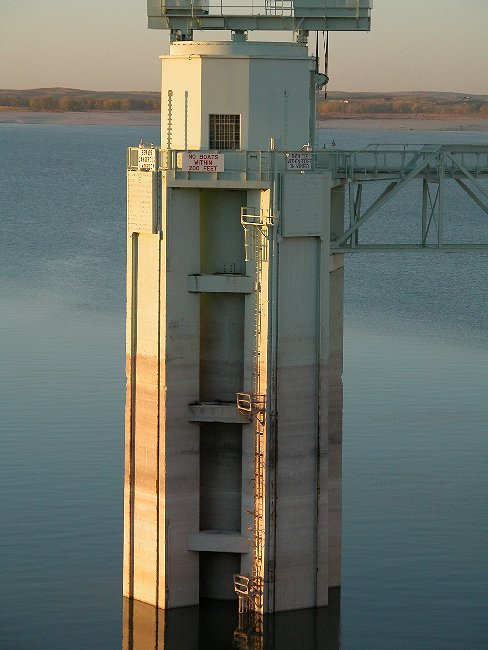 A view of the water intake at Lake McConaughy, note the brown stain on the
structure to see how high the water is normally. 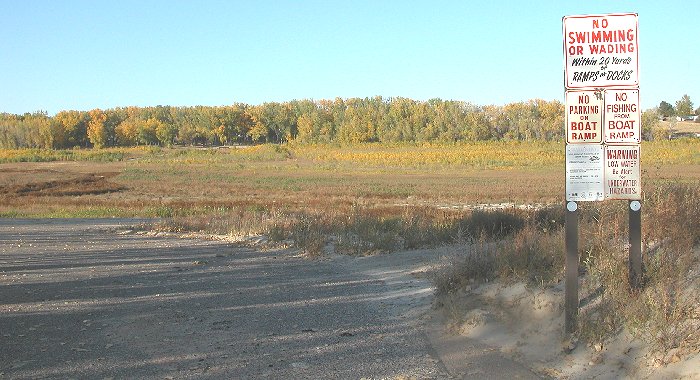 A view of the western portion of Lake McConaughy.  Note that this is the boat
ramp into the lake and that the lake is gone with grasses where it was once water.
THIS IS JUST EAST OF BELMAR - NOTE REFERENCE MAP JUST BELOW HERE. 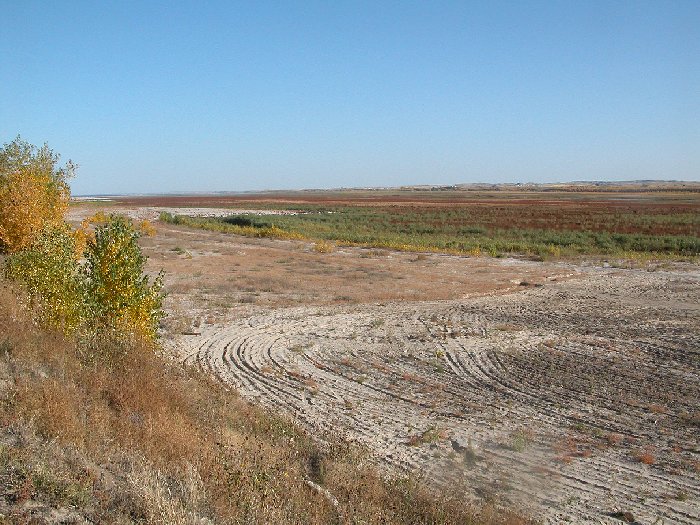 A view of the western part of Lake McConaughy
AT THE BELMAR MARINA - NOTE REFERENCE MAP JUST ABOVE THE IMAGE.
This entire area is normally under water that extends into the distance and is normally bounded by the distant hills. 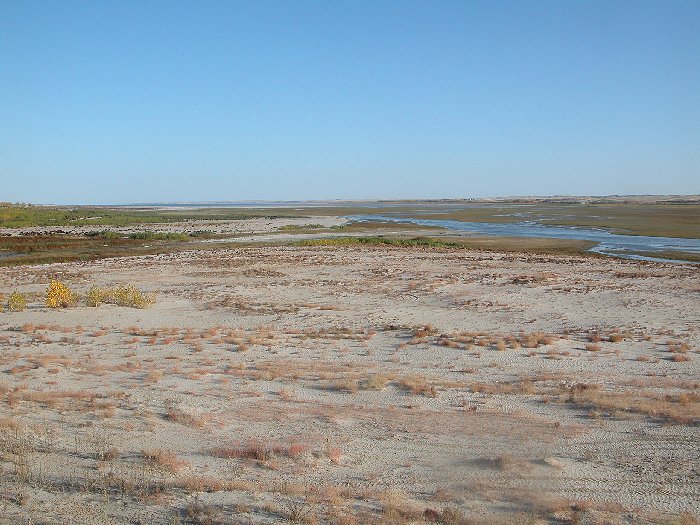 A view of the western portion of Lake McConaughy.

AT LEYMOYNE - NOTE REFERENCE MAP JUST ABOVE THE IMAGE.
Note the small trickle that continues to come into the lake which has now retreated well off into the distance
(note the sliver of blue in the left center of the photo).  The foreground is normally all under water.

It's a treasure of the not-so-deep waters of Nebraska's Lake Mcconaughy.

Drought is lowering water levels enough to unearth the original site of the Keith County
town called Lemoyne.  Under normal circumstances, the town would be 50 feet underwater.
But now part of the lake is bone-dry, giving visitors a chance to see a piece of history.
The drought-fried lake is up two-point-four feet from its lowest point this year.
But park superintendent Mitch Gerstenkorn says parts of old Lemoyne from before the lake was
filled in 1941 are still poking through.  Building foundations and a cistern are among the hidden
treasures offered by this soggy ghost town.  The town of Lemoyne was relocated to the hills north
of the lake. Some structures of the original town were also visible last year. 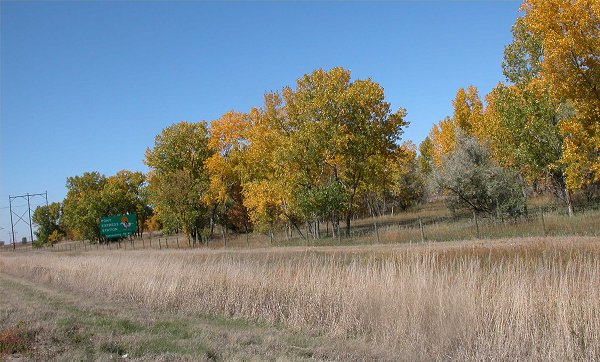 Near the Lexington, NE, exit on I-80.  Extreme drought has kept the grasses
brown during the growing season.  Only the trees exhibit green colors.

This storage lake on the north side of Interstate 80 between Kearney and Lexington,
is almost completely empty.  The dry lake bed stretches from the left to the small
patch of water in the distant right.