May 4, 2007 Greensburg, KS Tornado Rated EF-5
The First "5" Rating on the new Enhanced-Fujita Scale
...and the first "5" classification since May 3, 1999 when an F5 tornado ripped through Moore, Oklahoma. 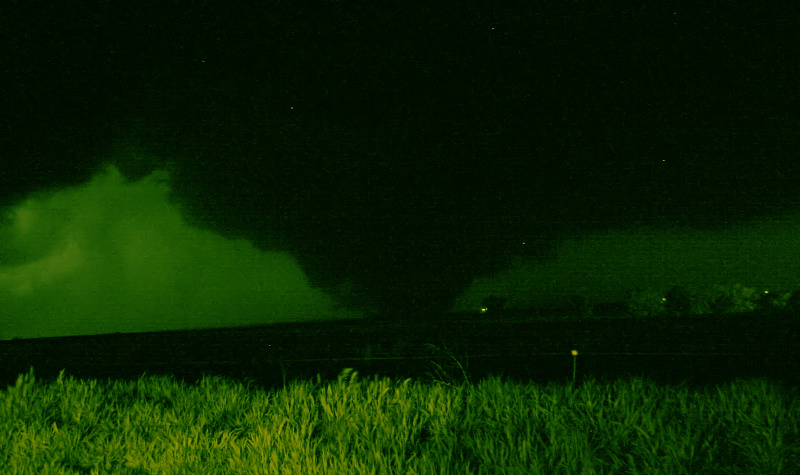 Greensburg Tornado, A Mission of Hope

A Town in Ruin

Statement from the White House

Damage Paths of the Greensburg, KS and Nearby Tornadoes of May 4, 2007 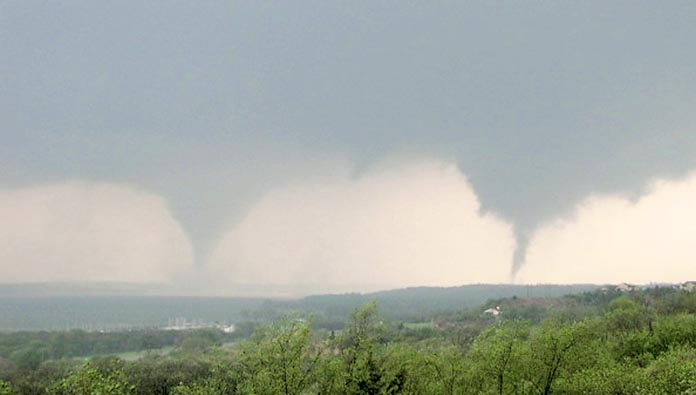 Looking south into Nebraska from South Dakota at twin tornadoes on May 5, 2007.


Below is an image from the Dodge City May 4, 2007
doppler radar velocity data showing the incredible rotational "tornado vortex signature"
shortly before changing the town of Greensburg, Kansas forever: