We start the chase by getting a weather briefing
from Brian Montgomery at the Hastings, NE, NWS office. 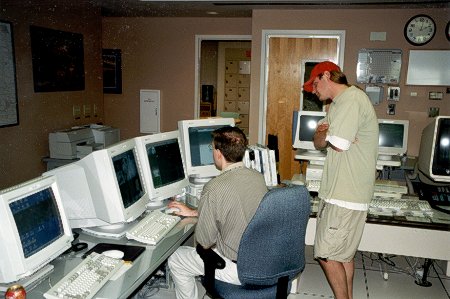 We headed south and then west to a rural area about 15 miles west
of Phillipsburg, KS.  Much of the area had remained cloud covered
except for this region and it was likely that convection would break
the cap in this area.  Shortly after our arrival, Doppler on Wheels (DOW)
arrived and began to scan the one developing supercell. 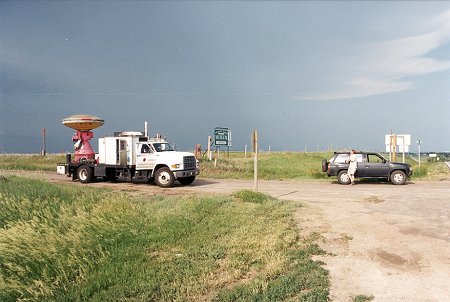 Other storm chasers began to arrive
and set up their video and camera equipment. 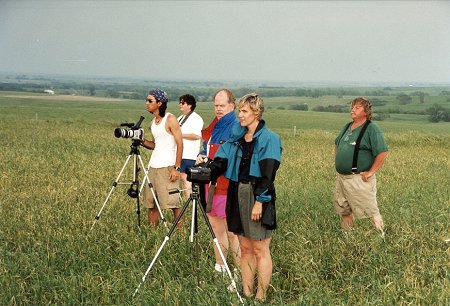 With only one supercell developing, this was the "only game in town".
After about an hour of development, it finally began to form
a small funnel.  We then moved north and west about 5 miles. 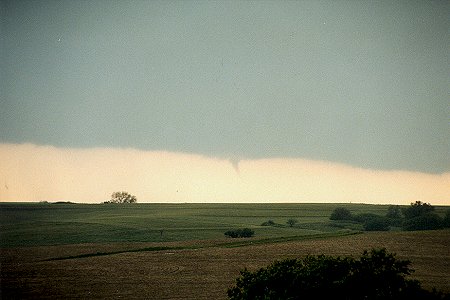 The wall cloud was massive and showing strong rotation,
unfortunately the funnel was rain wrapped at this point. 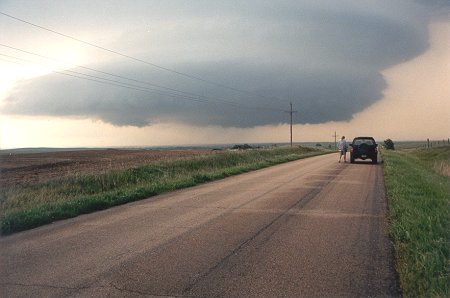 The rain shield began to thin and a 1/4 wide tornado on the ground
now became visible. 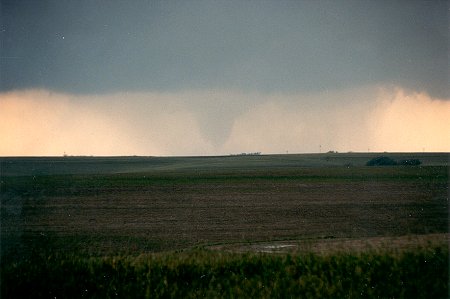 Using a filter, it was possible to more easily see the rain wrapped tornado.
. 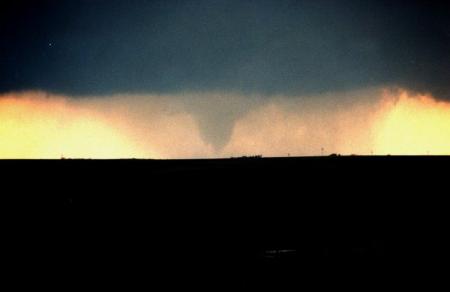 A county Sheriff arrived and we watched the tornado dissipate.
He indicated that the tornado had just missed Almena, KS,
however, it had moved across a farm house totally destroying it. 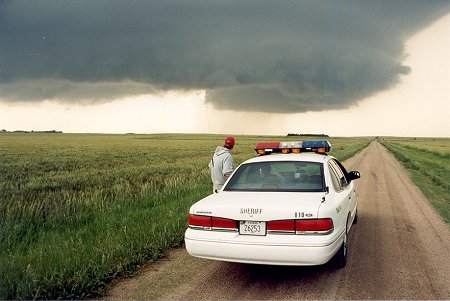 The supercell was only moving at 15 mph and
showed potential for putting down additional tornadoes.
DOW 1 & 2 remained in the area scanning the mesocyclone. 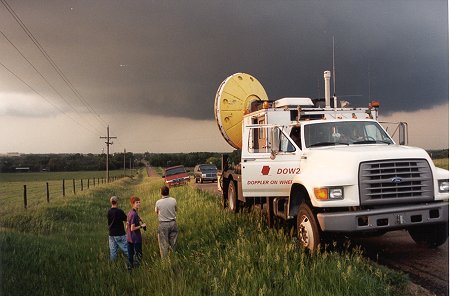 Other chase teams had also congregated in the area.  Here is team from
iowastorm.com and a chase vehicle from Omaha, NE. 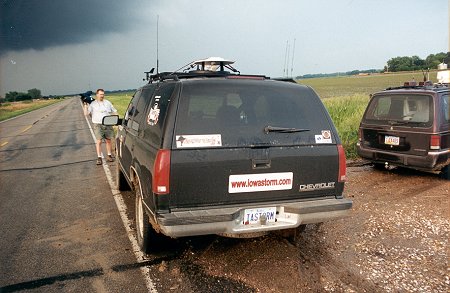 The NWS radar out of Hastings, NE radar continued to show strong
rotation within the mesocyclone, so they issued a tornado warning
for the projected path of the mesocyclone, which was
expected to cross the Republican River and be near Alma, NE at sunset.
As the sun set, the once powerful supercell fell apart over Alma, NE. 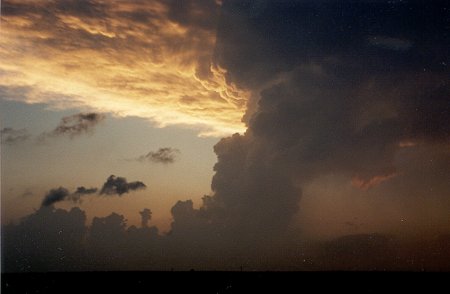