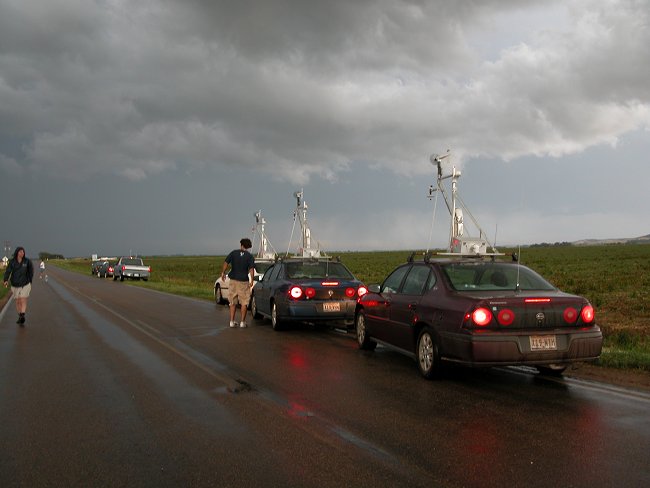 Texas Tech University storm research vehicles monitor a thunderstorm just south of Brady Nebraska.
A tornado warning had been issued on this storm based on a radar indicated tornado circulation. 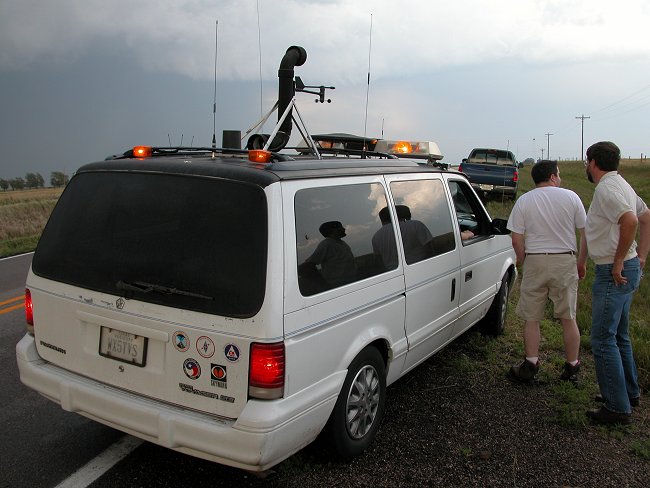 One of many out of state storm chase vehicles observed in Nebraska on June 10. 2004 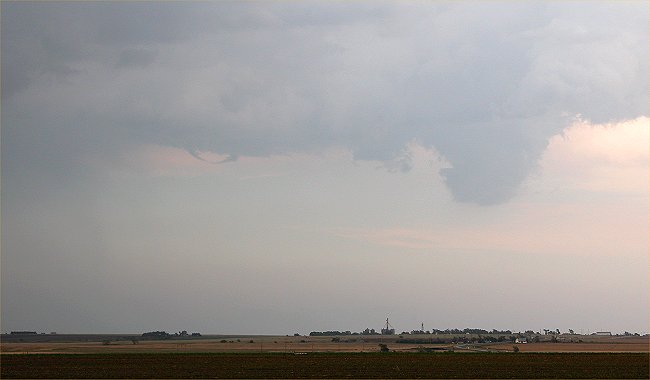 It tried very very hard to make a tornado, but after several attempts, the thunderstorm became
primarily a producer of heavy rain and quarter size hail.

A vivid rainbow arches across the sky touching the horizon off to the left and off to the right,
in Frontier County.

A very faint second rainbow is visible off to the left. 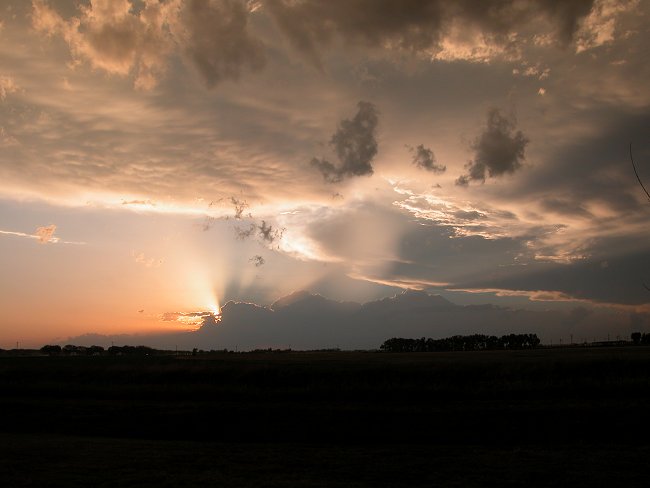