January 16, 2003 © K. Dewey, High Plains Regional Climate Center
Shortly after sunset, looking east into rural Lancaster county.
Note the flock of geese toward the left edge of the digital image.
The image below is a zoomed in view of the geese. 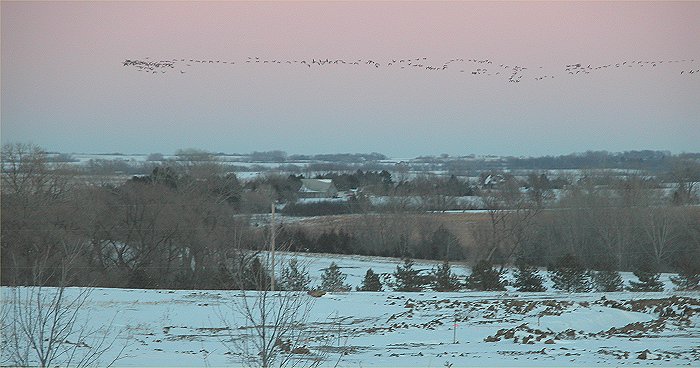 January 16, 2003: A snowy afternoon in Southeast Lincoln with smoke rising from a major fire on the north end of town. 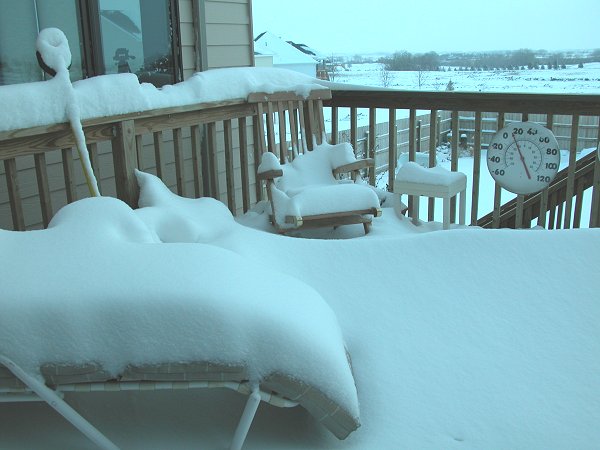 CLICK HERE TO SEE MORE OF THE SNOWFALL PHOTOS 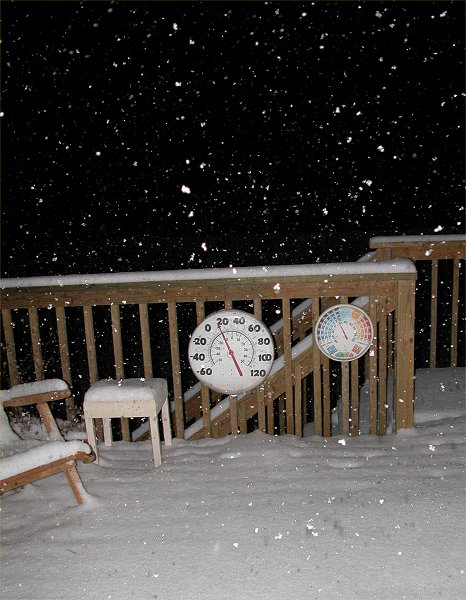 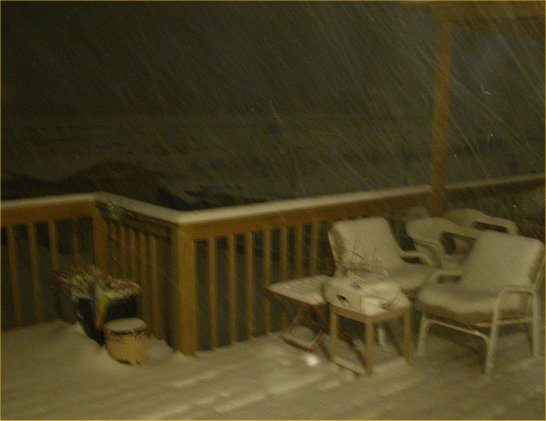 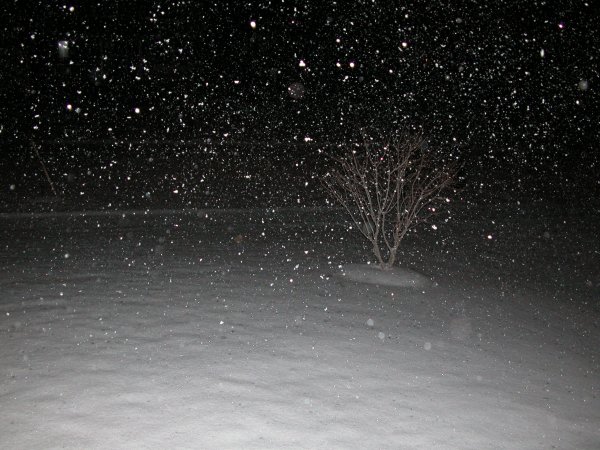 January 14, 2003:The quiet before the storm.  Another sunny dry day on the city campus of UNL.

January 13, 2003: The sun sets behind a row of houses turning the low cloud deck into bright reds and oranges.
The photo below is a closer look above the center house revealing a flock of birds heading south. 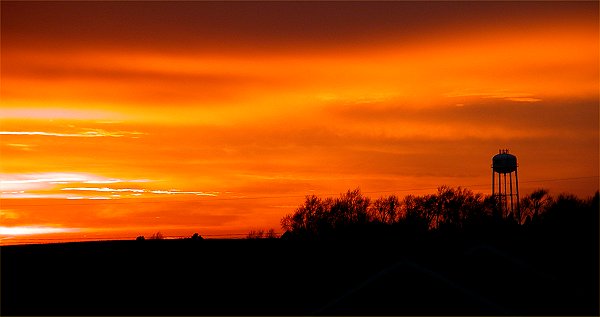 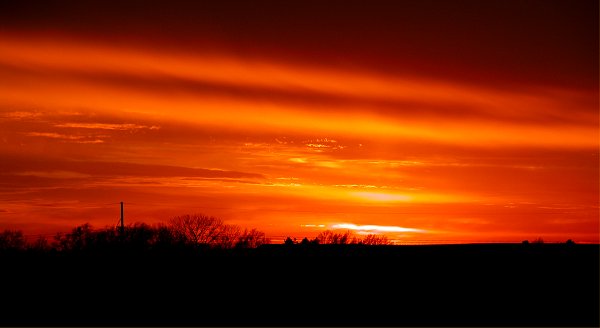 January 13, 2003: The sun set turns the sky into brilliant red and orange colors

January 13, 2003: The sun set turns the sky into brilliant red and orange colors 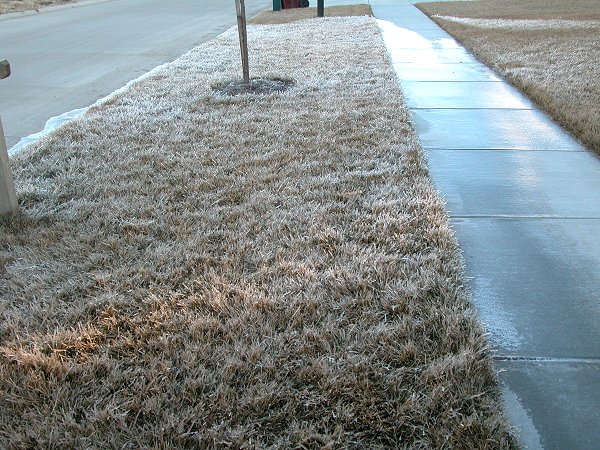 January 10, 2003: Two days earlier it was 70 F, however, now with the temperatures in the teens,
automatic sprinklers turned this lawn into a cover of ice.

January 9, 2003: Looking more like early spring than mid-winter, this pond in southeast Lincoln is free of any ice. 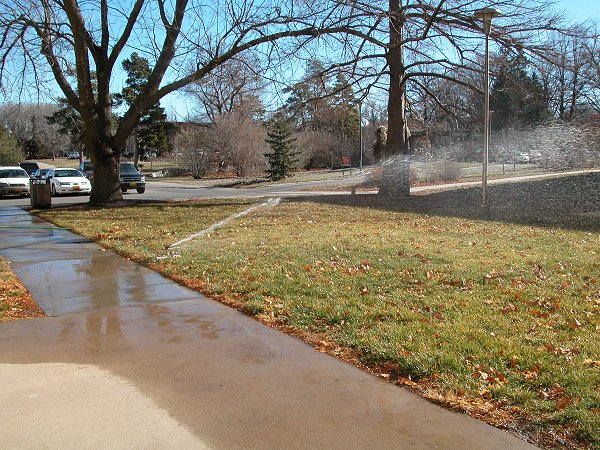 January 8, 2003: East campus of UNL, a green lawn being watered in the middle of a warm winter.

January 8, 2002: Downtown Lincoln as viewed through a telephoto lens and a digital camera
from 93rd and Old Cheney Roads.  The downtown buildings can be seen in the
center, the top edge of the football stadium is barely visible and the ridge in the distance
is out at NW 48th street just beyond the airport.
Click here to see a larger version of this digital image. 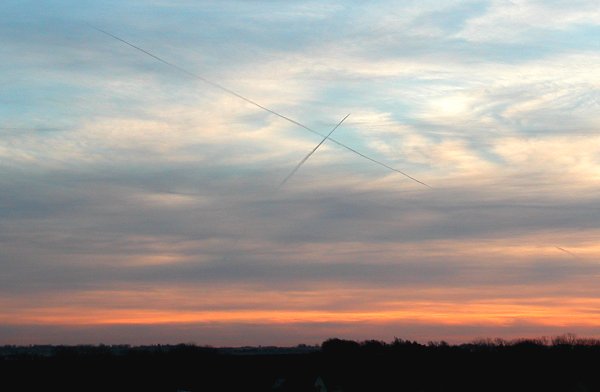