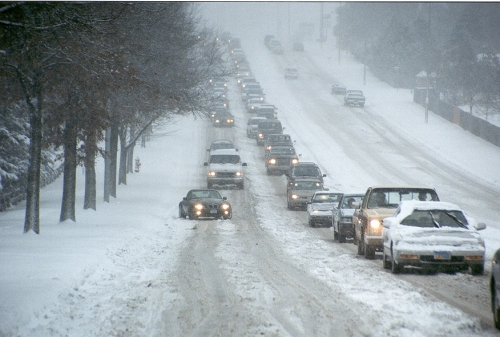 Snow plows were finally pressed into service during a winter lacking much snowfall.

The heaviest snow was falling at 7:30 AM throughout the Lincoln area.
Visibility was reduced to less than a 1/2 mile as the snow piled up to 5-7 inches
deep across the city. 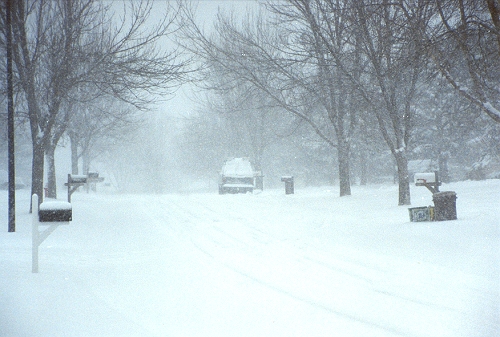 Although the snowfall was a welcome sight for many,
it also meant using shovels and snow blowers for the first time this year. 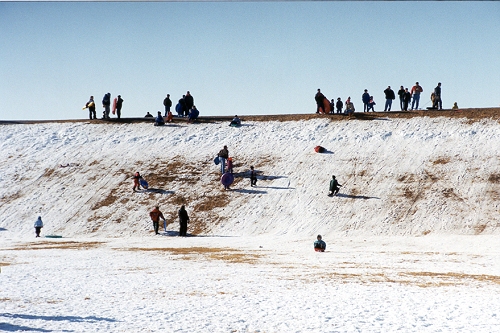 With the snow melting rapidly, Holmes Lake was the place to be for sledding 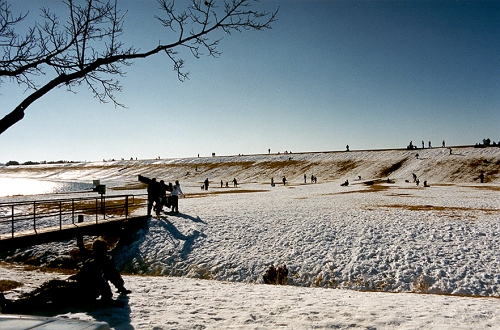 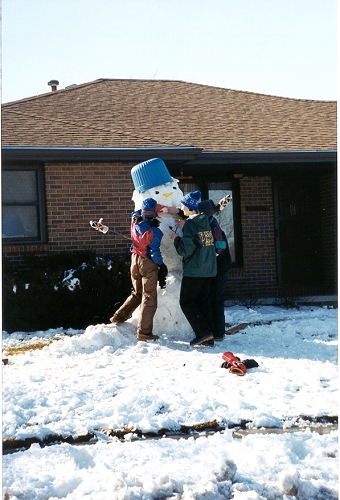 And a giant Snow Man had but a few hours to live.