All Images on this page are © Ken Dewey, School of Natural Resources, UNL. 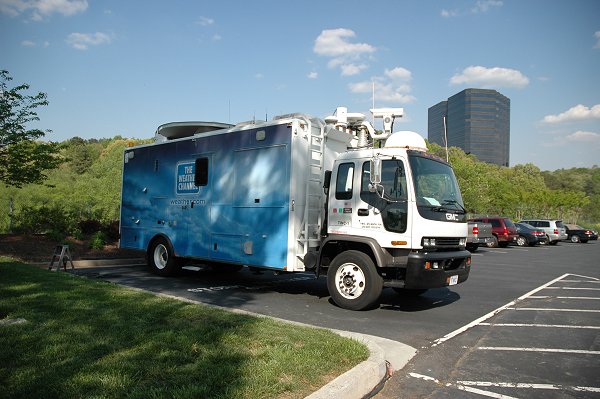 The Weather Channel Storm Tracker Truck used for Remote broadcasts during
storm events was parked just outside the studios. 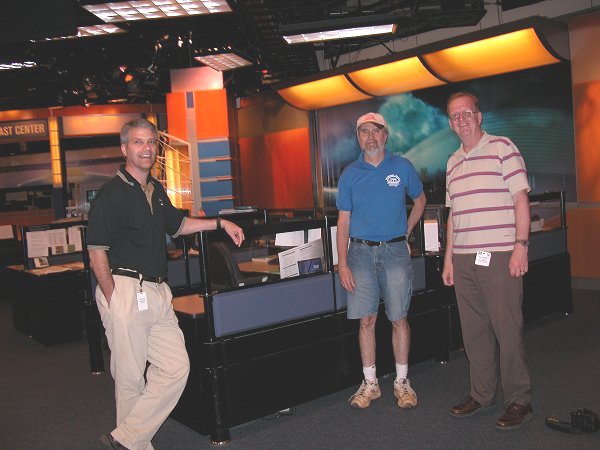 My hosts, Keith Westerlage, (on the left) Supervisor of the On Camera Meteorologists and
Matt Crowther (in the middle) Senior off-camera forecaster.  Matt has been with the Weather
Channel since its beginning and Keith has been at the Weather Channel since the early 1980's. 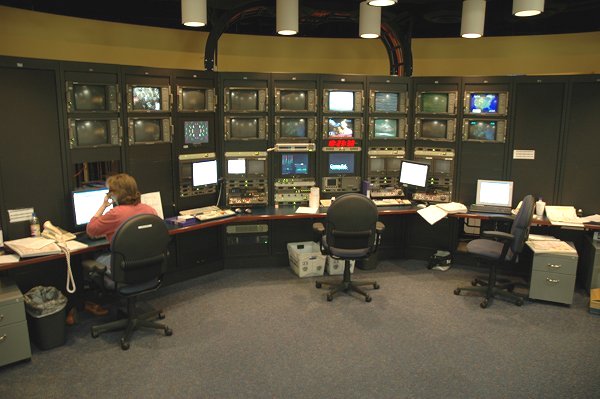 The engineering studio where the Weather Channel broadcast is monitored. 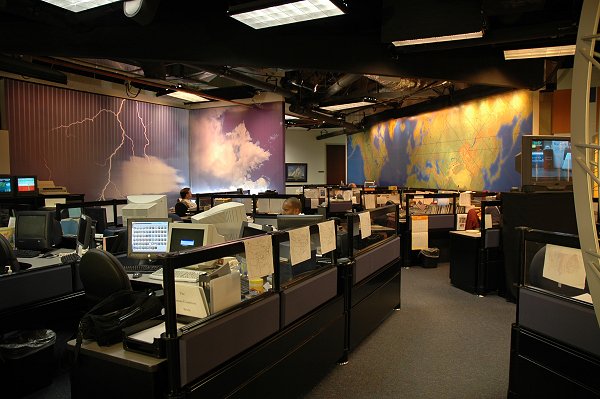 The office spaces for the on-camera meteorologists. Note Paul Goodloe (barely visible) in the
middle looking at the computer and preparing for his on-air time slot. 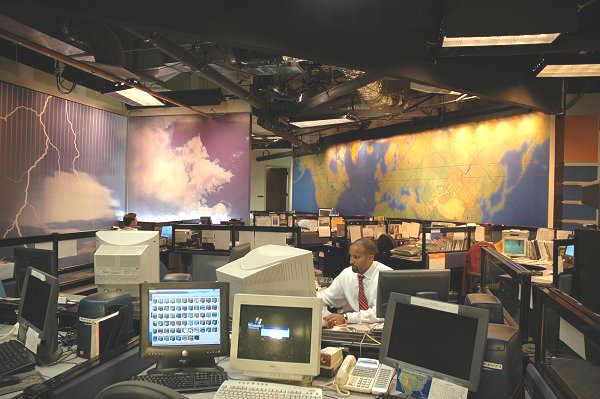 Another view of the desk area for the on-camera meteorologists (Paul Goodloe is
preparing for his on-camera time slot). 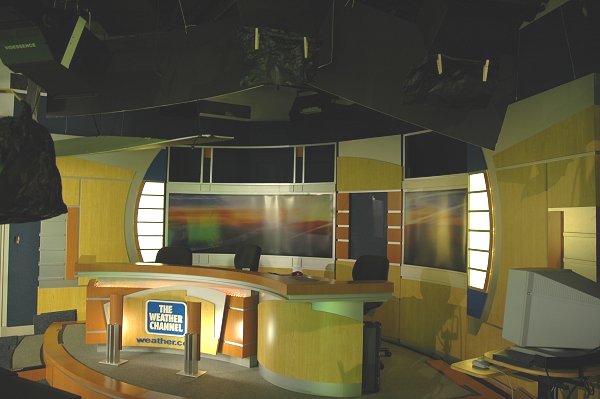 This is the set that is used for the "First Outlook" and "Your Weather Today" segments.
There are THREE different sets in three different locations for the on-camera meteorologists.

RETURN TO:  The Photo Index