Lake McConaughy, Nebraska (Update, July 1, 2006)
A Major Drought Continues to Severely Impact The Reservoir
Lake McConaughy is falling below the level it was at last year at this time!

See the person along the water's edge?
If not, CLICK HERE OR ON THE PHOTO. 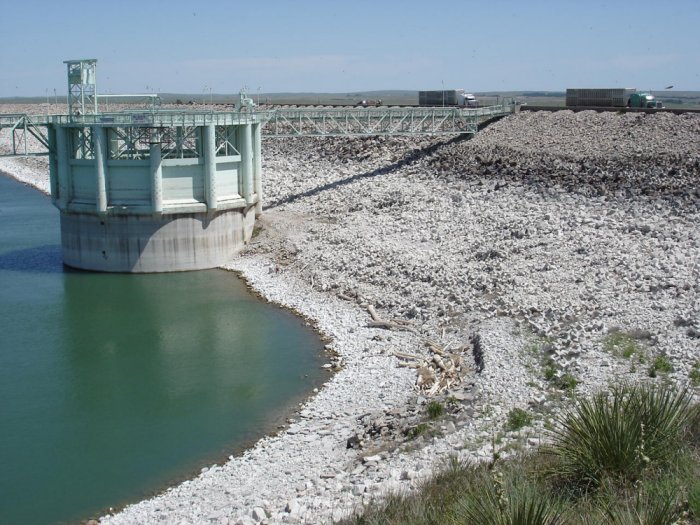 NOTE:  The reservoir (lake) is full when the water reaches the level of the horizontal boom
which connects the outlet tower on the left and the spillway tower on the right.

Photo Gallery (November 2004) of the Lost Town of Lemoyne which reimerged from Lake McConaughy.


Links to the UNL National Drought Mitigation Center Information:
What is drought?


The following map shows the lingering drought in most of Nebraska 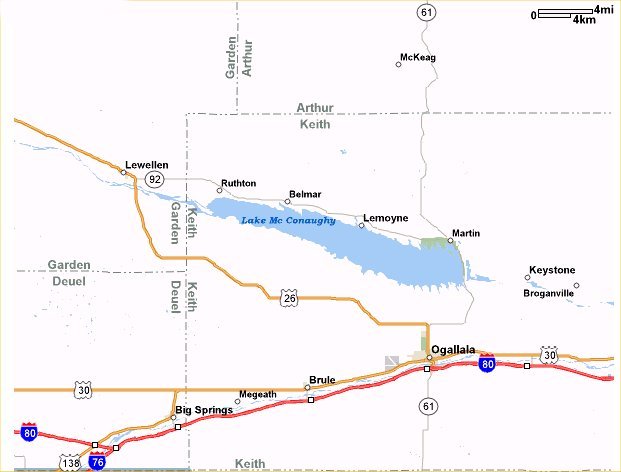