Here is a digital photo album of this historic event 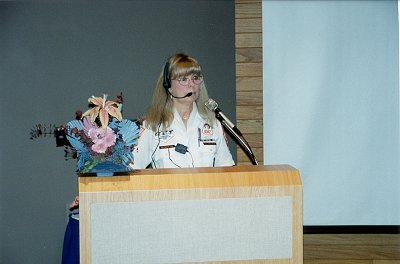 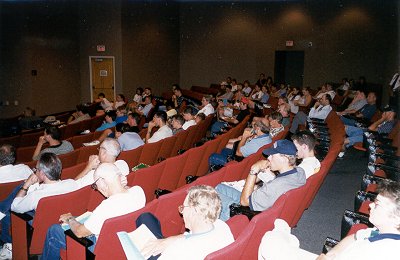 The symposium was held at the University of Omaha
Kiewit Conference Center in downtown Omaha. 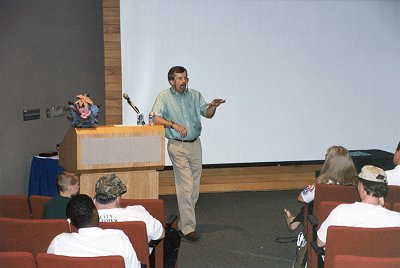 We were fortunate to have Alan Moller, National Weather Service forecaster at Ft. Worth, TX
and world renown storm chaser, as our keynote speaker.
He also led a storm spotter workshop in the afternoon.
Some pictures of Al at another person's web site
http://www.k5kj.net/moller.htm 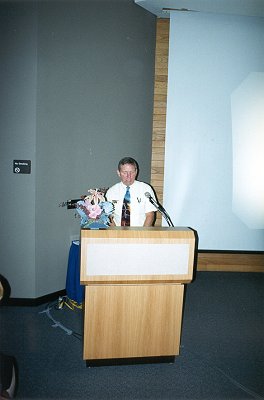 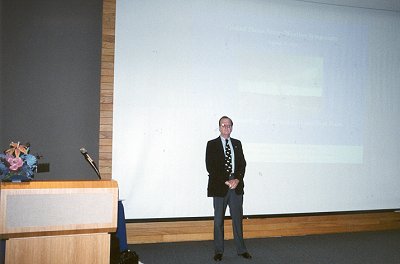 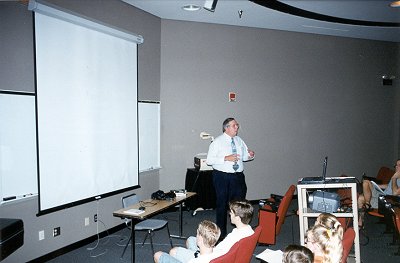 Brian Smith, Warning Coordination Meteorologist at NWS Omaha
presented a multimedia review of the graphic effects of tornadoes in the morning
and conducted a spotters training workshop in the afternoon. 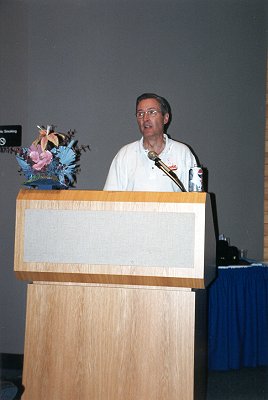 Mayor Hal Daub of Omaha opened the afternoon session
by thanking the participants at the symposium for their interest in being
storm spotters and volunteering to assist in times of natural disasters. 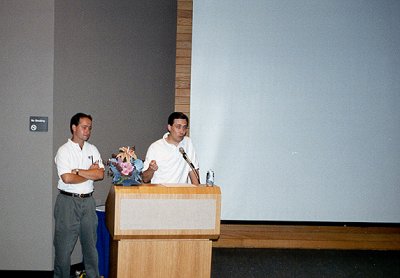 KMTV Channel 3 Meteorologists Craig Koplien and  Mark Lee
spoke about the times when the weather becomes the news. 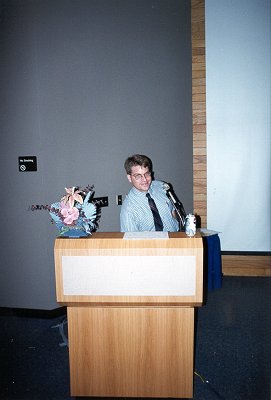 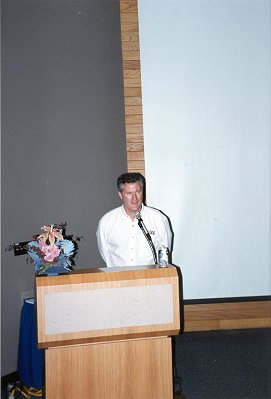 Herb Stein, a technician last summer with the
Doppler on Wheels project and currently with DTN in Omaha
spoke about the DOW activities of this past severe weather season. 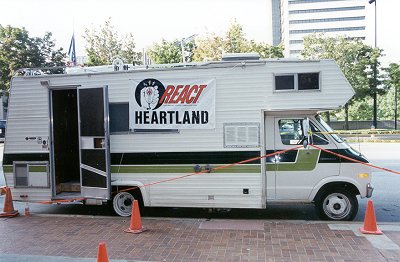 Heartland REACT had their van on display throughout the symposium. 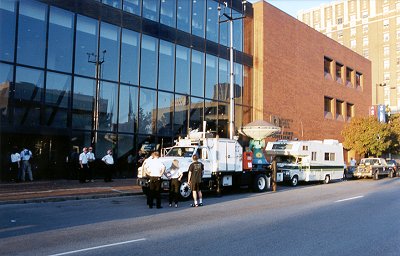 Doppler on Wheels (note the tall mast with anemometer and the radar
dish on the back) was available for inspection throughout the symposium. 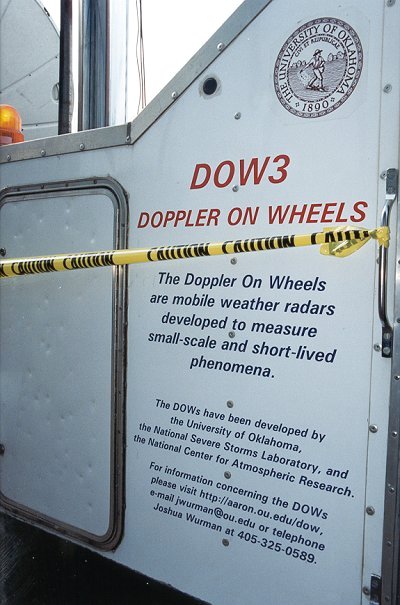 Note the sign explaining about DOW and further note
the large hail dents on the door panel to the left! 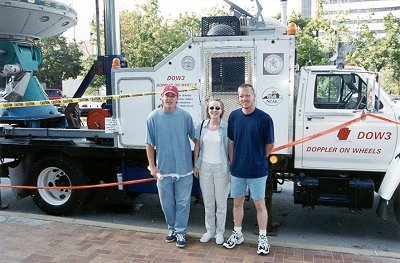 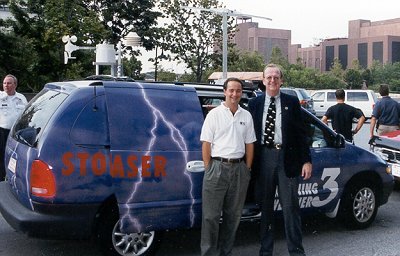 Mark Lee, meteorologist at KMTV Channel 3 brought along their Storm Chasing Van.
He is standing with Dr. Dewey, one of the presenters.
KMTV is the ONLY Omaha TV station to have a full time storm chase vehicle. 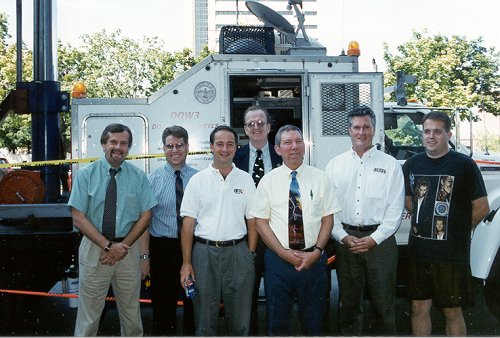 Gathering outside during a break were, from the left to right
Al Moller, Paul McCrone, Mark Lee, Ken Dewey, Steve Byrd, Herb Stein
(all presenters at the symposium) and Steve McDonald, DOW technician
who gave guided tours of DOW at the symposium.